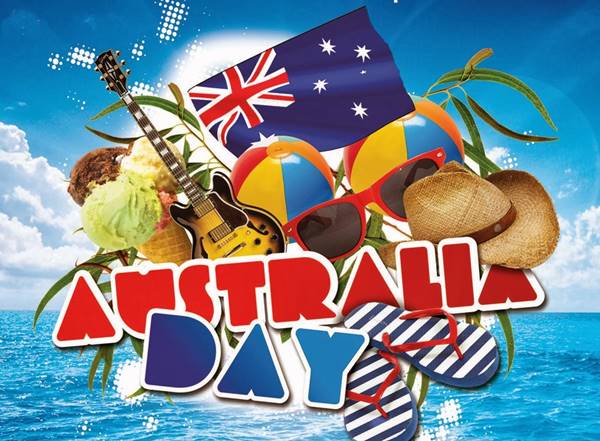 One of the hardest lessons of my life has been accepting that there is no such thing as 100% good.

Tomorrow is Australia Day, called Invasion Day by some. Like any day of the year, duality reigns supreme.

Colonisation sucked big time for Aboriginal people, in the same way it has sucked for indigenous people everywhere.

But the resultant immigration has been a blessing for so many people fleeing war torn or economically depressed countries. Australia has provided a beacon of hope; a new home.

A home where racism towards newcomers was, and still is, rampant but a place that is still safer than many others.

And now? We are actively turning away people seeking refuge. This seems like an unequivocally bad thing but then there’s information supplied by ASIO and the Australian Federal Police that the public doesn’t have access to. In the current climate of fear around ISIL, it seems prudent to exercise some caution even though there is currently a one in 20 million chance of being killed in a terrorist attack anywhere in the world and, let’s face it, probably less so in Australia.

So what is there to celebrate tomorrow in a country where the First People are disenfranchised but making progress towards indigenous land rights, immigrants are flourishing while also enduring racism, and asylum seekers are languishing in government funded prisons but are, at the very least, safe from drone attacks and heavily armed fundamentalists?

I will be celebrating safety – the fact that I have never been bombed by Australia’s enemies, shot at by our military or anyone else’s, or attacked with acid or stoned to death for holding hands with a man who is not my husband or family member.

I will be rejoicing over the fact that we live in a democracy and that Trump, Putin and Kim Jong-un aren’t our leaders. That we have Medicare and free education.

That I can drink the water from the tap.

That I can wear a bikini to the beach, and that the beach is free and accessible to everyone.

That we can argue publicly about our political views on Facebook or in the street without fear of imprisonment.

And have I mentioned how gorgeous Australia is? The wildlife and landscape, the sunsets, the sky. My heart soars at the very thought of them.

So tomorrow I will be celebrating my deep love and appreciation for Australia, in all its flawed diversity.

What will you be celebrating?