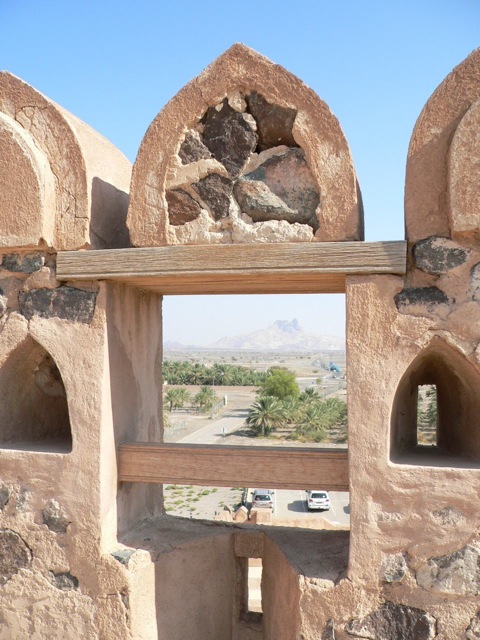 If you like holidays with sand (beach and desert), warm water, palm trees (date) and 36 degree sunshine, you simply cannot go past Oman in Autumn. It’s got all the mystique of ancient Arabia but with the modern pleasantries of air-conditioning and wi-fi. After all, history is fun but so is a glass of wine by the resort pool.

1. Dance with Bedouins in the desert

I will admit that I may have had a few little drinks prior to shaking my booty with the entire Omani band that came to Arabian Oryx Desert Camp to entertain our group. Public humiliation aside, I completely lost myself in the music, the starry desert sky, the open fire and the warm embrace of the Omani people who were very happy to jig about with a random Western woman.

Desert, desert everywhere and then this; a striking blue swimming hole full of tiny fish.

3. Wander around a wadi

It doesn’t get more old school than a tiny village in a hidden ravine. Old people stare, roosters crow and somewhere, someone burns frankincense. You feel as though you have been transported back 500 years to a time when the world was as small as this lush valley and life depended on the river, the date crop, the terraced plantations.

I think the Sultan had been watching a tad too much Grand Designs when he decided to build a mosque. Rather than settling for a humble little prayer rug and unassuming mihrab, he decided to build THE BIGGEST MOSQUE IN THE WORLD. Amusingly, Abu Dhabi then decided to trump Oman so now it’s the second biggest mosque in the world but good heavens, it’s worth a look. It’s the ultimate in blingtastic Islamic spectacular.

5. Drive up to Jebel Akhdar through the Hajar Mountains

Some tourist experiences are a bit wussy but this sure as hell isn’t one of them. Four-wheel driving up these mountains is hairy, scary and entirely breathtaking. The road is unsealed, the ravine is spitting distance out the window and the drivers (thankfully) are very skilled at dealing with the steep terrain.

Have you been to Oman? What did you think?