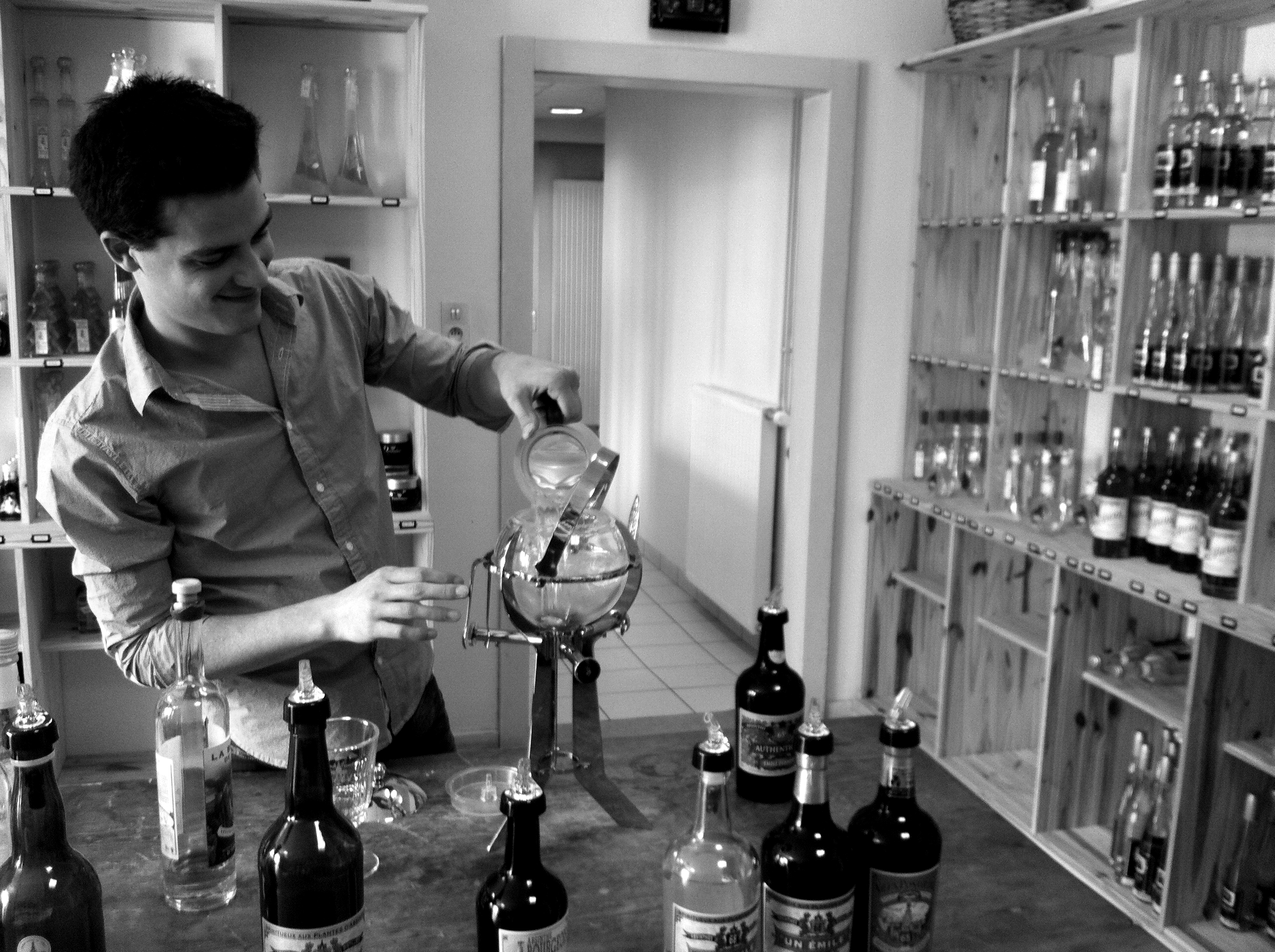 Absinthe: the very word conjures images. It’s no wonder artists like Lautrec and Van Gough were hooked on the stuff and Verlaine and Rimbaud used it as their muse.

It may come as a surprise (or disappointment) to discover that you won’t see La Fée Verte (the green fairy) from imbibing this elixir.

Yes, elixir – that’s right. Absinthe was created in the 1700‘s as an elixir, with three key ingredients; anise, fennel and wormwood. It’s the wormwood that is key to its healing properties and the myth of seeing a winged entity.

Wormwood or Artiemisia Absinthium, is where absinthe draws its name. It was used by the Ancient Greeks and Egyptians as a cure-all and was the base ingredient for Absinthe when French Doctor, Pierre Ordinaire, who was living in Switzerland, created the concoction. Given to the French troops during the Algerian War, they caught the taste for it and took the craving back to the boulevards of Paris.

Pour a dose of absinthe into a glass and then place a spoon on top, along with a sugar cube (the correct and traditional French ritual – no fire) and then drip cold water over the sugar cube and into the absinthe. This is where the idea of the green fairy comes from. As the water hits the absinthe it creates a cloud as it turns opalescent. Moving from the bottom of the glass upwards, the ‘louche’ looks like a fairy rising.

Absinthe has always been a Swiss-Franco affair, but this Bastille Day, why not taste a French favourite from the distillery Emile Pernot. Vieux Pontarlier is a verte (green) absinthe with a lovely, light, floral taste. Viva La France at Sydney’s Absinthesalon.