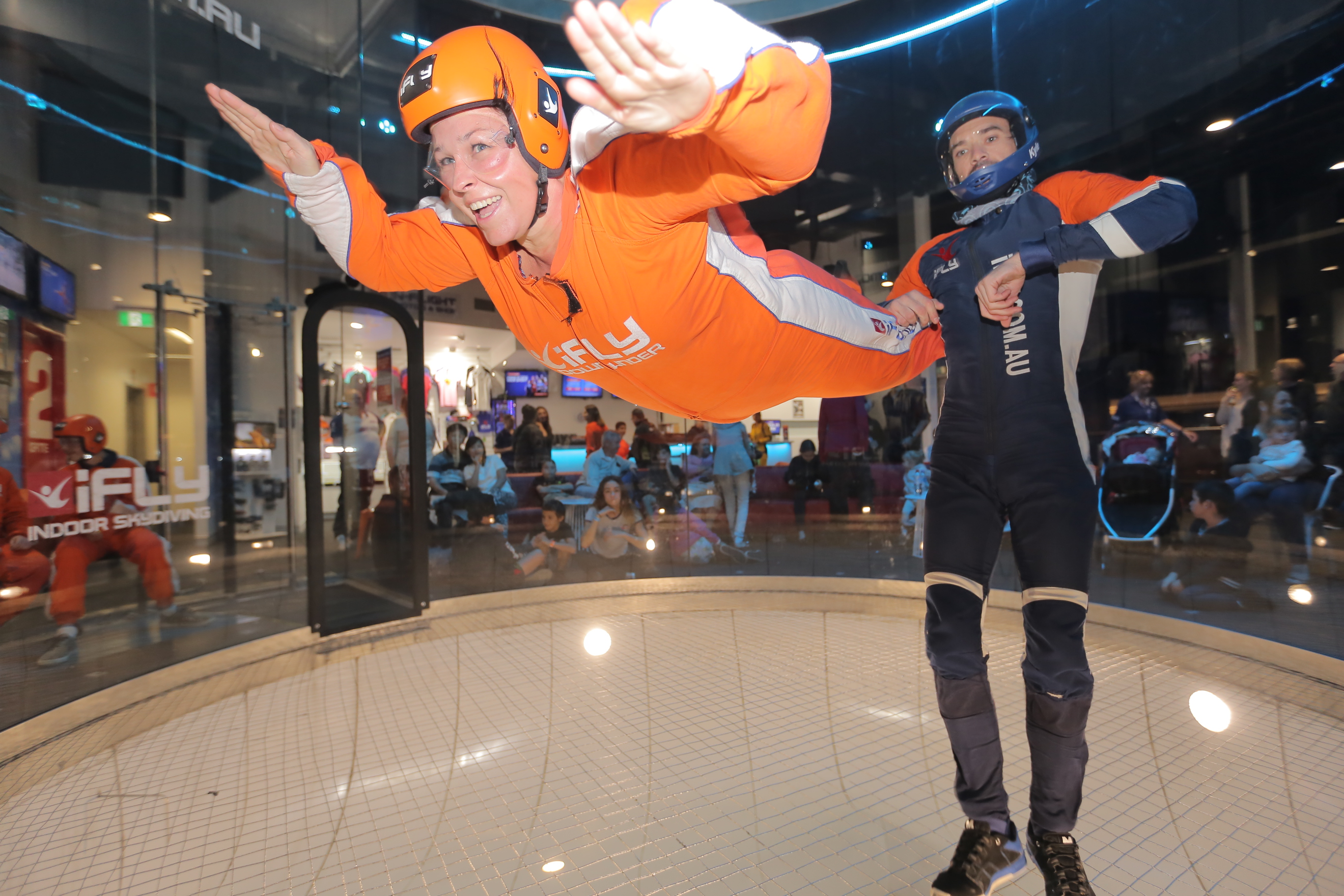 You like the sound of skydiving but you’re too scared to jump from a plane?

Congratulations! You just passed the first test of survival.

Leaping out of a plane is dumb. Fun, but unequivocally numbskull behaviour.

Enter iFly; the next best thing.

Except it’s not really anything like it. To compare iFly with skydiving is like comparing sex with a human, to sex with a blow up doll. It’s not quite the same, no matter how hard you shut your eyes.

So let’s start again. You like the sound of hovering in a wind tunnel with an instructor coaching your every move? Yes? You will love iFly.

You watch a video, suit up, sign some forms and you’re in the queue for a go. What happens next is that you leap forward into the tunnel and experience a sensation not unlike walking down Macquarie Street on a very windy day. The force is so strong it holds you up but it all happens so fast, and you’re focusing so hard on the instructor, and he’s pointing at the camera, and you’re finding it hard to breathe, and then it’s over. The only reminder of the past two minutes is the saliva sprayed up the side of your face and the expensive photos.

A normal session includes two goes in the tunnel, the second of which is when you are offered a ‘high fly’ for an additional $10. Definitely do this. This is the best bit. The instructor lets you do your thing for a bit (basically bobbing around in the wind tunnel trying not to crash into anything) and then he grabs you and takes you for a whirl up to the top of the tunnel, approximately 10 metres up. You do this twice and it’s a lot of fun.

Truthfully, I didn’t love it because there was so much waiting around beforehand and there’s a huge crowd watching you when you do finally get into the tunnel. The experience of being in there is over so quickly, you barely have a chance to register it.

On the plus side, it is significantly cheaper than skydiving and could act as a gateway drug for people wondering whether to take the plunge. I would choose skydiving over iFly any day because, as much as I hated freefall, I loved the perspective of being 8,000 feet above the ground in total, floaty silence.

Have you tried iFly? What did you think of it?