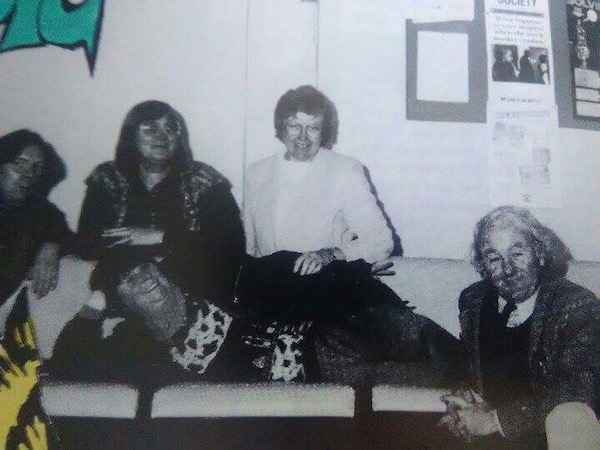 I had an art teacher named Robbie Robertson who was born on February 29th.

He was a master of levity.

Being a head teacher is a responsible position but he made it seem like a rock and roll adventure. Being around him always made you feel like you were up to no good; mischievous, irresponsible and free.

He told us we were disgusting cretins. He encouraged me to steal art supplies. He entered one of my paintings in an art prize without telling me (I won).

I met him in a shopping centre carpark several years after I had finished school.

We drank Irish whiskey out of the bottle and had a laugh. In a carpark!

He spoke gaelic and painted the most extraordinary scenes of cricket matches and horse races. His work was the opposite of his personality; restrained, serious and elegant.

He once offered to give me a painting but I was too shy to take him up on it. It’s one of my deepest regrets.

He was vivid in the extreme. Hilarious, naughty and bold. He made something as workaday as teaching a bunch of high school kids seem like the most wonderful in-joke.

My favourite quote of his: ‘It’s not a horse. It’s a drawing of a horse’ (said in thick brogue, more like ‘hoss’).

And that’s the thing about levity. It’s about taking what is – the current situation – and stepping back from it. Laughing at it. Playing with it. Knowing that everything is fair game. The more inappropriate it is to laugh, the funnier it is.

He was one of my greatest teachers, not just in art, but in the art of levity.