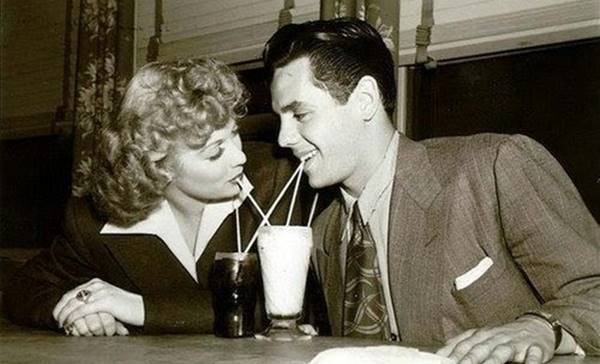 Dating isn’t a science, but it’s not a mystery either. There are things to remember and things to avoid whenever you try to impress guys. After all, they are fairly simple organisms when it comes down to it.

If you’ve been struggling to snare promising guys recently, it might be a good idea to think about where you are going wrong. Here are some tips that should set you straight.

Don’t Always Talk About Yourself
I know guys sometimes aren’t the best conversationalists. With some of them, getting them to string a few sentences together can be a struggle. However, if the conversation hasn’t sparked into life over dinner, don’t simply fill the gap with stories about how great (or terrible) your life is. Try to give him a chance to come out of his shell. Ask him about what he does in and out of work. Find out about his passions. You’ll soon discover common ground.

Do Think About Alternative Date Venues to Bars
Your favourite bar generally seems a pretty safe bet for a first date venue, but appearances can deceive. Dates can often feel like both parties are having a great time, and they are – but it’s the drink talking, not their hearts. Then in the morning, recollections are hazy and it’s tough to remember who said what. Avoid that trap. Think about restaurants, beaches, gigs – dates that don’t automatically involve a table covered in empty cocktail glasses.

Don’t Invite Friends to Your Dates
This happens surprisingly often. I regularly get invited out to ‘check out’ the guys my friends are dating. I understand the security aspect, but for me having friends nearby is too much of a distraction. And when guys become aware they are being watched, it’s a huge turn off. No-one enjoys being spied upon, so try to leave your friends out of your date plans.

Do Leave Your Smartphone in Your Bag
These days, when there’s a lull in the conversation, who doesn’t instinctively reach for their phone? Next time you’re at a bar, look around you. I bet there’s a couple who both have their phones out, talking to their mates on Facebook. That’s a terrible sign from a romantic point of view. So keep your phone on silent and try to focus on your date. He needs to be your priority, at least for the next couple of hours.

Do Listen, Watch and Analyse Your Date
First impressions are great, but they aren’t the whole story. As your date unfolds, you may find that your date becomes more natural, less nervous and better company. Many guys find first dates hard. OK, they find all dates hard, but that doesn’t mean they aren’t right for you. The key thing is to use your brain. Be attentive to their eyes, their smile and their words. Are they engaging with you physically and emotionally? If not, it might be a sign that the relationship isn’t going anywhere.

Don’t Talk About Your Ex
Why do we do it to ourselves? A date can be going smoothly. He’s interested, engaged, laughing at your jokes and cute as well. Then you go and mention your ex. It’s fine to tell your personal history to guys you date, but not when you first meet them. If you mention an ex on the first date, that suggests to guys you aren’t over them. No guys want to be caught on the rebound; they want to be the focus of their partner’s attention, just like we do.

As I said at the start, there’s no mystery to dating. If you give guys a space to be themselves, pay attention to the way they act and avoid the pitfalls listed above, you’ll have a great chance of turning a first date into something much more serious.