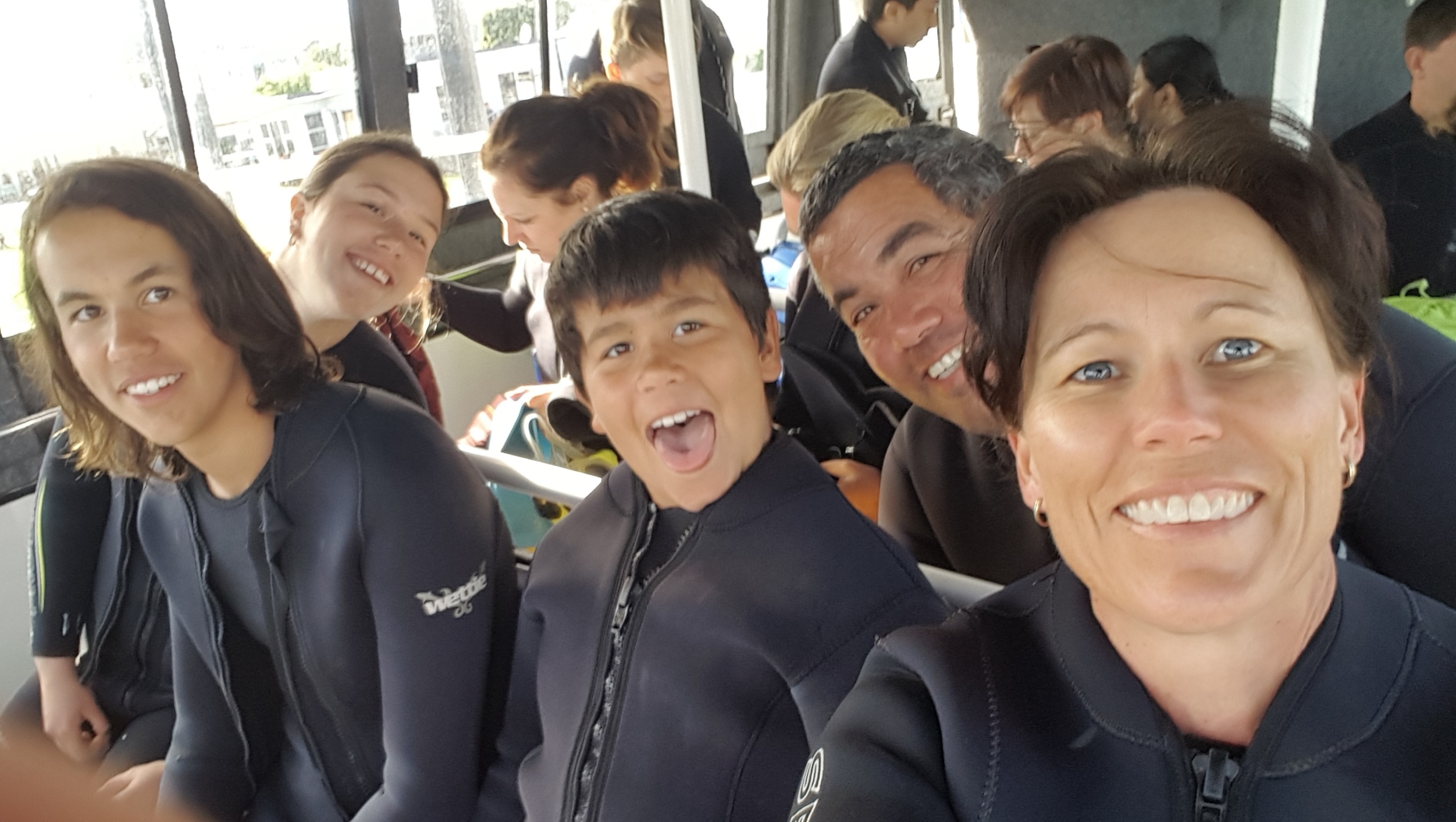 Have you been thinking about booking a family holiday to New Zealand?

My beautiful sister and her family recently returned from an action-packed New Zealand odyssey where they seemed to do everything and go everywhere. Here are her candid and, quite frankly, hilarious thoughts on the trip.

“There were many reasons that we chose NZ. It was close, affordable and I thought the kids were old enough to appreciate the scenery and do some hiking without too much whinging. I was mostly right.

“We were there for fourteen nights, spending nine nights on the North Island and five in the top of the South.

“Our first stop was Auckland where we spent our first day checking out the city sights including the Sky Tower. We then spent an easy day on Waiheke Island using the Hop on Hop off bus service where we happened upon Wild Estate Vineyard that had amazing food, great wine and enough to keep the kids entertained for an hour or two.

“Day three was a long day in the car to get to Hot Water Beach which was on Claudia’s wish list. In theory it sounded fun – dig your own hot pool and soak away all your cares. The reality was there was a real art to picking the exact right spot to dig your hole because ‘Hot water beach’ is an undersell – if you dig in the wrong place the water is scalding! Once we dug our hole, there was not so much relaxing as constantly trying to keep the sand from caving in on you. It was an experience I was glad to have had, but not one that I need to have again.

“Next stop, Rotorua. Showing the kids the boiling mud and steaming lakes was a real buzz but my lasting impression of the place was that it was expensive! We almost had to leave a kid behind to pay for zorbing, mineral pools and thermal parks. My tip would be stick to the free public parks.

“We then went to loooong way to Taupo via Waitomo glow worm cave.

“This place was like nature’s Disneyland, but on a minute scale. Absolutely worth a visit if you have never seen these fascinating little creatures before. It made me want to go straight to K-mart to stock up on fairy lights.”

“Taupo was fantastic – we hiked (around in circles, at times, as we can be directionally challenged), we mountain biked, jet boated and we soaked in free natural thermal springs. Magic.

“We stayed in the most charming cottage in Martinborough and awoke to about 400 cyclists outside our door the next morning as it happened to be the starting line for a big cycle event. Random but I took it as a sign that my next trip to NZ should involve more pushbike and less car.

“Then we were off to Nelson via the picturesque Picton ferry ride. Here we walked. A lot. I was the one who was by far the most excited about this! By now though, the others had figured out that my, ‘let’s go for a quick walk’ meant about 15km if they were lucky. So they got clever about it and walked with me in shifts, doubled back or simply just pulled up stumps and refused to go any further, waiting to catch me on the return journey. I have spent many years looking forward to walking in the Abel Tasman and I was not disappointed.

“The big ticket item was swimming with the dusky dolphins in Kaikoura. Expensive? Yes – close to $1K. Worth it? Every cent. “

This is despite the fact that Mark spent the majority of the time hurling due to seasickness, Luka developed mild hypothermia and I freaked out when dropped in freezing cold water in the middle of the ocean amongst a pod of wild animals. Talby, however, was like a spirit dolphin and the beautiful creatures genuinely enjoy playing with him, circling him, jumping around him and at times brushing against him. I was super impressed by how brave Talby was.

“The unexpected (and free) delight in Kaikoura was the seal colonies. You know you have hit the mark when the teenagers get out their phones and post footage on their Insta accounts.”

“Speaking of unexpected delights, mine was finding an amazing selection of local wines at just about every Countdown (the NZ version of Woolworths) supermarket tucked between the breakfast cereal and toilet paper aisles. Sauv Blanc, Chardonnay, Rose and Pinot Noir; there was not one disappointment amongst them.

“Christchurch was just a venue for which to fly home from but a quick walk (yes, about 10km) and we were able to take in a very cool playground, parks and some city scape, fascinated by the earthquake damaged and rebuilding process.

“This New Zealand family holiday was out first venture into Airbnb land and we were impressed. Me (pitifully) because of the laundry facilities – unfortunately Mum still gets to do all the washing even when on holidays. Mark wasn’t as big a fan as me because he felt he couldn’t relax in case the kids damaged something.  As long as the kids had WiFi, they were happy.

“We ended up staying in some really great Airbnbs, partly because I booked early but mostly because I didn’t realise the prices were in USD! By the time I realised it was too late, EEEK! Anyway, the pain of expense was soon forgotten when we checked into our digs which were brand new/conveniently located and/or had priceless views.

“We mixed our Airbnb with Quest apartments which never disappoint and a basic roadside motel just to bring the kids back down to earth.

“We did a lot of driving – probably too much in hindsight – and the roads are scary. I spent much of my time as a passenger clinging onto something – anything – and trying not to overthink the cliff faces that we were precariously close to. They are not kidding when they say NZ roads are different to those in Australia and there was a distinct lack of useful signage. Thank goodness for Google Maps.

“What made the driving even more challenging was that I spent the majority of it in the back seat as a tactic to avoid my kids ripping each other’s throats out. Sitting in the back with Talby was mentally and physically challenging. He takes up a lot of room for a 9 year old, requires no personal space and has an endless enthusiasm for games. Can you die from playing Noughts and Crosses, Eye Spy and clapping games? Because it felt like I was going to.

“The surprising things about this New Zealand family holiday were the multicultural, friendly locals and amazing coffee. Seriously, who would have thought? Not one bad coffee in two weeks. My advice is to go for the local coffee shops and avoid the chains.

“The highlight for Talby was icecream for breakfast in Martinborough, for Claudia, it was soaking in a thermal pool in the hail, for Luka, it was fishing, for Mark, it was chatting to an Australian ex-footballer at Hot Water beach and for me, pulling it all off.”

The itinerary for a New Zealand family holiday

It cost a bit over $10K for flights, accommodation and activities for 14 days. 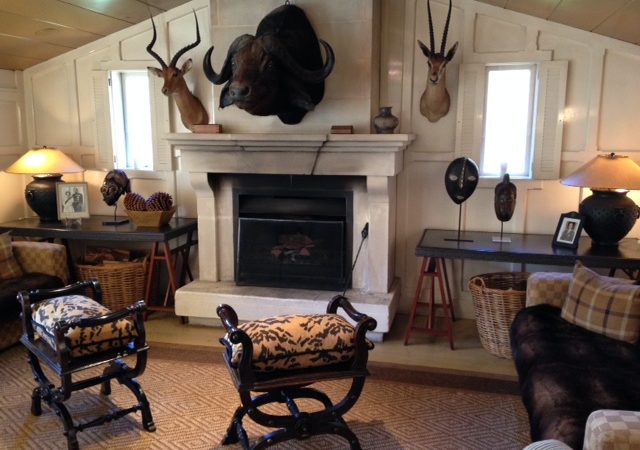