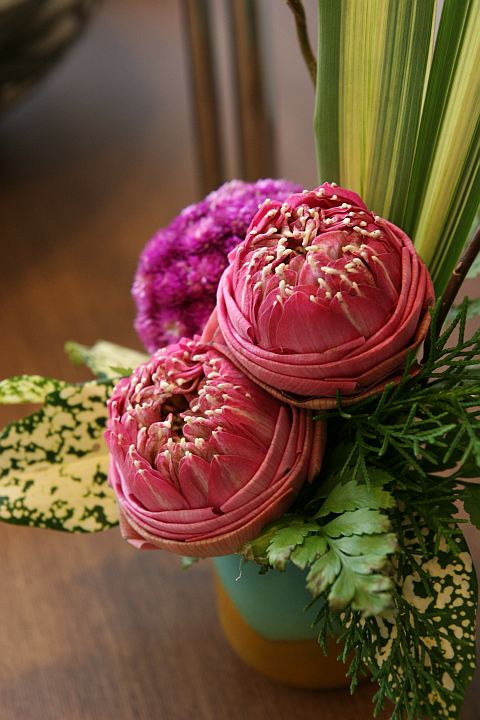 Thai and Vietnamese people are fundamentally hospitable, friendly and almost a little bit innocent. I know I’m generalising and that’s always dangerous but this has been my consistent observation over two trips to both countries or, put another way, 13 months of waiting for someone to lose their cool. So far, it hasn’t happened. In such a hot, humid place, how is this possible? Is it because of the Buddhist doctrines of non-violence, compassion and humility? Or is this just a society where everyone is really good at hiding their feelings?

People are openly watchful but without malice or innuendo. Things that wouldn’t even raise an eyebrow in Australia such as an exposed knee cap or sheer top are cause for curious glances from men that congregate around scooters or on low plastic chairs on the footpath.

I am a ‘farang’ in Thailand; a ‘long nose’ In Vietnam. My unwieldy white body feels huge as I weave among tiny-framed people whose waists are as big as my thigh. I tower over everybody and despite attempts at being reciprocally gracious and happy, I am too loud, too clumsy and just generally too much.

In restaurants, there is no such thing as the haughty or lackadaisical attitudes I am accustomed to in Sydney. Everything is brought to the table swiftly, courteously and gracefully. It’s all smiles and speed in silk uniforms, precision and practice. I encounter one slightly bitchy bar girl and for once, I feel right at home as she looks at me impatiently while I try to pick a cocktail.

In Hanoi, a taxi driver accidentally knocks a man off his scooter and there is a brief flash of anger on his face as he points out the damage. She smiles, and smiles and apologises until eventually he smiles and nods and rides off. No numbers are exchanged. No insurance details. The driver says she is, ‘OK, OK’ and I marvel at her calm. I have had car accidents before and I am always shaking afterwards, horrified at my inattention to the road or livid that someone could be so blind. This lady just gets on with it. It’s just another ordinary day.

Humour is an entirely different beast for Thai people. Most of my gags rely on irony and sarcasm, two things that don’t seem to exist here. I will make a joke out of just about anything but here, everyone is laughing but they’re not laughing at anything. They’re just happy for no reason.