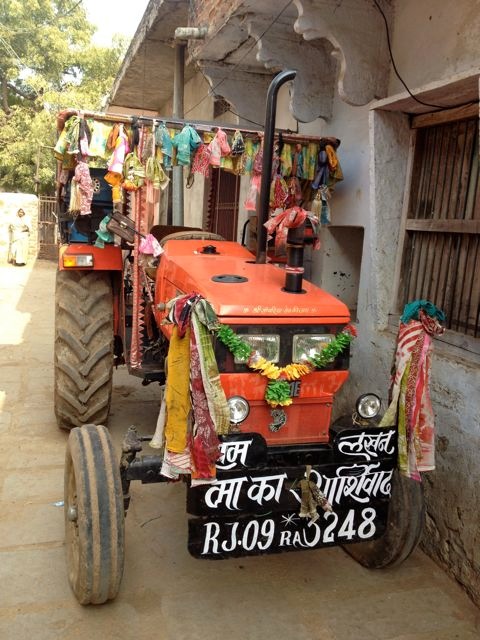 Top 5 things to do in India

Rather than waxing lyrical about Punjabi saris, psychedelic religious beliefs and outrageously fabulous Mughal architecture, I am going to make it easy for you. Here’s what I loved about India:

1. The forts and palaces of Rajasthan

I learnt one key thing: Mughal kings had a lot of concubines. They also had an unlucky first wife who was obliged to commit sati (burn themselves alive on their husband’s funeral pyre). Still, the king’s homegirls had some pretty sweet digs. They lived in marble palaces inlaid with precious stones and bathed in rose scented plunge pools. They had Wind Palaces, Summer Palaces, Lake Palaces, Palaces of the Sun – you name it and the Mughals probably had a palace for it.

My favourites, in no particular order, were the Taj Mahal in Agra (technically a mausoleum for Shajahan’s wife), the Amber Fort in Jaipur and Fort Madhogarh in Bassi where Mummy-ji and I spent a tipsy night under the stars.

2. Shopping for art, crafts and fabrics

The one thing I have in common with stoned teens, gold diggers and bowerbirds is a voracious love of shiny things. Put me in a shop full of mirrored wall-hangings and I am racking up Visa debt faster than you can say ‘tacky’. It doesn’t matter where you are , there’s a good chance that something colourful, sparkly and obscenely cheap will appear that you simply must purchase. Just in case. Because maybe they don’t have it anywhere else.

The best buys are block printed tablecloths, saris, jewellery (be sure to buy from reputable sellers as there is a lot of pewter masquerading as silver), Kashmiri pashminas and clothes from Fabindia and Anokhi (they sell Westerner-friendly styles and the clothes are excellent quality).

It may have ended in 24 hours of sh*tting and vomiting, but goddamn it, it was fun. My Delhi-loving friend Nell took Mummy-ji and I on a whirlwind tour of Old Delhi. We ate banana, sultana and almond parathas, deep-fried chickpea patties in yellow dahl, silver and saffron-coloured milk desserts, rice pudding and fruit sandwiches (pomegranate, grapes, paneer, pineapple and banana on white bread – unexpectedly delicious). We also visited the biggest spice market in the northern hemisphere. Indians don’t buy spice in twee little Masterfoods jars; they buy it by the tonne.

Gliding silently through achingly green forest is one of the most peaceful things you can do in Southern India. Captained by a lungi-clad local, wooden boats are poled through clear, narrow rivers. Glimpse villagers flogging the daylights out of their laundry, scrubbing dead skin off their heels, taking a morning bath or simply gawking at the passing parade of reciprocally gawking tourists.

Our tour stopped at a spice plantation where we saw pepper, cinnamon and nutmeg trees, as well as a coffee bush. We also stopped and watched as a villager spun rope from coir (coconut fibre that has been soaked for six months and has broken down to a point where it’s become pliable).

Forget Pimp My Ride; try bedazzle my Massey Ferguson! I even saw a Royal Enfield motorbike that had its petrol tank encrusted with seashells. I love how OTT Indians are with the blingification of  everything. Tractors are covered in artificial flowers, tinsel, tassels and mirrored ornaments making rural life a lot more mardis gras than you might expect.