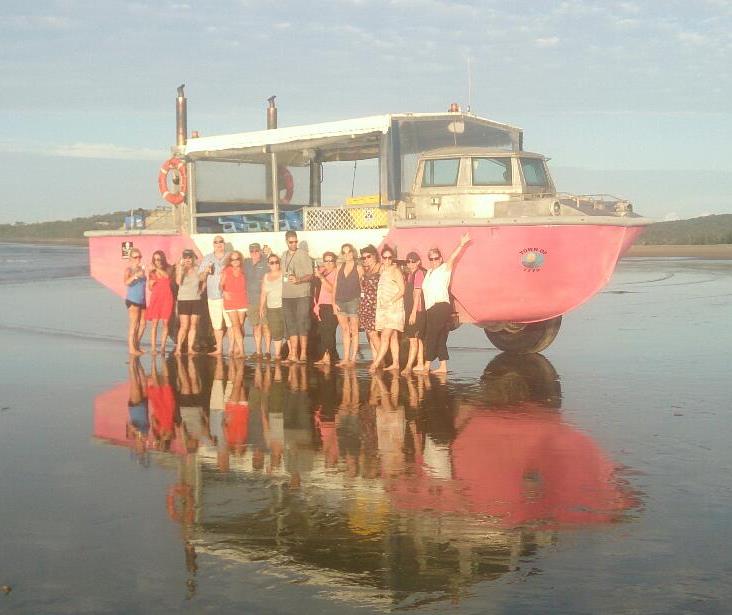 Do you like the Lemony Snitch and the Series of Unfortunate Events series? For those familiar with these amusingly tragic tales, the story of 1770 is what would happen if the cast of characters wound up in Australia.

From the Lighthouse of Tragedy to the elderly spinsters who live on an island (one of whom only left twice at 32 year intervals), this tiny town between Bundaberg in the south and Gladstone in the north of Queensland is home to some delightfully twisted yarns.

Captain Cook (who was actually a Lieutenant) landed in – you guessed it – 1770 where his journals describe how he and the crew had the feeling of being watched the whole time but they didn’t see anyone around. It was later discovered that the local indigenous people tracked Cook and Co. while they were in the area.

And yet on first glance, it all looks so harmless. There’s the tranquil bay full of sailing boats, the waterfront caravan park peppered with grey nomads, and the local spirit of larrikinism that is quintessentially Queensland-y.

I visited on the weekend to check out a new resort, Lagoons 1770, which was also beset by bad luck until property developer Gary and wife Kaye stepped in to save the day with a $5 million rescue package.

And yet when you’re relaxing in your swim-up room or wallowing in the heated spa, you feel decidedly fortunate. The resort is close to a very long, largely uninhabited beach and is a short drive from the town’s one bar, The Treehouse.

There is also the option of going adventuring on a LARC (Lighter Amphibious Cargo Resupply) vessel. These boat/truck hybrids were used from the 1940s onwards to load cargo onto ships moored at sea. A pioneering tourism operator bought one in the 1970s and 1770 LARC Tours was born.

Taking in the bay, the beach and that lighthouse, with a spot of sand boarding thrown in at the end, the tour I took is ideal for groups who want a ‘national park’ style day out. With plenty of bird and plant identification, local history and geography, as well as a bit of lighthouse science for good measure, this is truly a family-friendly option.

To get to 1770, you need to either fly into Bundaberg or Gladstone and get a transfer, drive yourself or sail in on your yacht. The Tilt Train out of Brisbane travels to both Bundaberg and Gladstone so that’s also an option, as is a helicopter transfer.

1770 has the feeling of a town on the brink of tourist popularity. Get there before everyone else does.