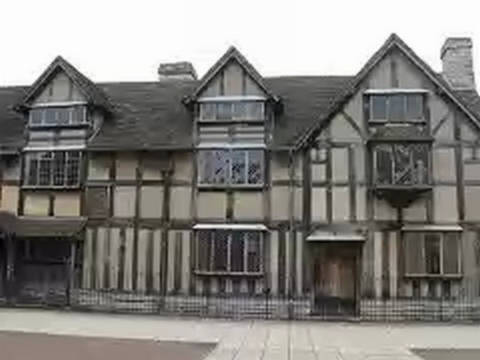 The United Kingdom is home to some of the world’s greatest literary minds and thankfully we can still enjoy the houses, estates and landscapes that helped inspire some of the classics. For lovers of the classics, writers seeking inspiration and history buffs, the following places are a must-visit and are easily accessible from London:

Chawton – Home of the last residence of Jane Austen before she died and the house where she penned most of her classics such as Pride and Prejudice and Emma.  A two hour drive from London through England’s pretty pastures will find you in the time-warp that is Chawton. The occasional modern car aside, the buildings surrounding Jane’s house still have thatched roofs and rickety laneways and it’s easy to see how this small town inspired the 19th century writer. The house is enveloped by green paddocks, working farms and a stone church and graveyard that is the final resting place of Jane’s mother and sister.

The house is open all year round and is a must for Jane Austen fans. A small entry fee will allow you to walk throughout the whole house and into the garden.

Stratford-upon-Avon – A three hour drive north of London will find you in the charming town of Stratford-upon-Avon, otherwise known as the birthplace of Shakespeare. While you can’t walk through his house because Shakespeare pulled  it down for tax purposes (if he didn’t have a house, he wouldn’t have to pay tax!), you can walk through his birthplace and childhood home of Anne. Anne Hathaway’s cottage boasts a beautiful garden full of colour and life and both establishments are mostly unchanged since the 1500s which means people over 6ft should watch their heads.

Passes can be bought to visit all the establishments or an entry fee to Shakespeare’s Birthplace will get you a guided tour or you can wander at your own pace. A tour is highly recommended as you are told lots of titbits, interesting even to those who don’t like his work.

Stratford-upon-Avon is very popular and full of things to do, so plan to spend at least half a day there. The town is easy to navigate and there is plenty of signage and suggestions of things to do. Be prepared for crowds and booking ahead for a tour of Shakespeare’s Birthplace will gain you automatic access.

Westminster Abbey – Finally, to pay the ultimate homage, visit Westminster Abbey in London, the final destination of many of Britain’s master of the arts such as Charles Dickens and Thomas Hardy. Keep your head down and look out for floor plaques in memorial of writers such as William Blake, Lewis Caroll and D.H Lawrence.

For more information on these estates visit the following sites: