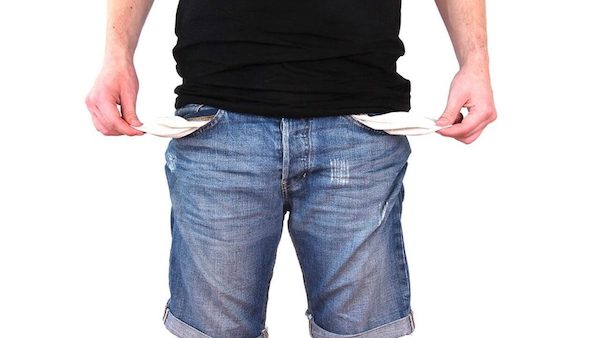 “My boyfriend has just discovered he owes about $30K in tax. He’s understandably distraught. What would you recommend he do? I’ve told him to contact a financial adviser, as I hate him taking big, high-paid jobs to pay off his tax. On another note, money is a big issue behind his mental health problems so I’m just telling him to seek financial counselling as he only speaks to the ATO and his accountant, who seems a bit crap.”
– Max Tax

Oh man. I have been there. I am not sure how it happened for your boyfriend but I once owed $30K in tax too.

The thing for me is that I was going through a really tough time personally and it was just too easy to leave tax until later.

But the problem that arose from avoiding it was that I spent every day thinking about doing my tax. First thing in the morning. Last thing at night. It was like a shadow falling across my life for two years.

As much as I dreaded doing it, I felt so much better once I knew how much I owed (as opposed to imagining all sorts of outrageous figures).

I set up a payment plan, got a high paying job, and paid it off within a couple of years.

I know you don’t want your partner to take high paying jobs just to pay off the tax and that is probably a wise choice. He needs to pay it off gradually in instalments, rather than putting even more pressure on himself. It requires patience and discipline but it’s like a diet. Crash diets don’t work. Lifestyle changes do.

The key thing here is facing the problem, coming up with a manageable, realistic solution and not repeating the patterns of behaviour that caused the problem in the first place. If a financial adviser can assist with that, then go for it.

But remember – our way of dealing with money is sometimes a reflection of our emotional state. It’s vastly more important to address the underlying mental health issues because the money problems could just be a symptom.