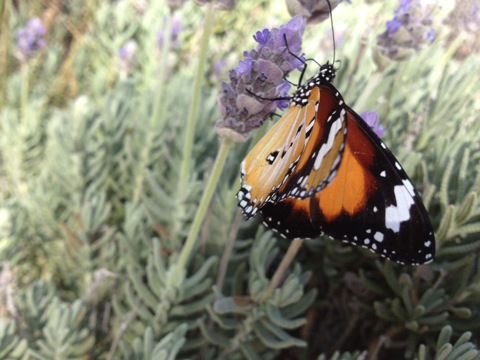 One small change to my life has made a huge difference.

Ever since I moved to Tamworth – and subsequently moved into a house directly opposite my office – I don’t have to rush around in the morning.

Let me be clear. I am not a morning person. I feel horrible before 8am. This is not because I’m lazy. It’s simply because my physiology doesn’t ramp up until later on in the day.

Being able to get up after 8am, have a peaceful breakfast, feed the cat, check on the chickens and still have enough time to get ready for work means that I feel a bajillion per cent better about life. The calm that characterises the first part of my day extends into the rest of it.

As someone who suffers from anxiety, this is profound. For years when I lived in the city, I felt utter dread upon waking. This wretchedness was compounded by having to stand next to a major road waiting for a bus, cram into crowded public transport and invariably run late for work.

Moving was a huge change but this quiet morning thing? I can keep this going wherever I live by making sure I live near my work.

What’s a little thing you could do that would make a big difference?

5 comments on “One little thing”