It was 1964 and Brigitte Bardot was at the height of her fame when images of her bikini-bod frolicking in Búzios circled the globe to put this seaside town on the map. As the story goes, Bardot flew into Rio de Janerio to see her Brazilian boyfriend Bob Zagury, but he wasn’t the only one happy to see her. The paparazzi had gotten wind of the couple’s secret rendezvous and Bardot couldn’t even venture out of Zagury’s beachside apartment. She was about to fly back to Paris when she came up with a compromise that the media eventually agreed on. Zagury’s French photographer friend Denis Albanèse who was living in Rio at the time would journal Bardot’s vacation in Brazil and share the photos with the press if they agreed to leave her alone. The pair fled the city on Zagury’s yacht with the French photographer in tow and headed north to Búzios where they stayed for three months.

Búzios (pronounced boo-zee-ous) is a three hour drive from the city of Rio de Janeiro, Brazil. If you took the glamour and glitz of Saint Tropez and mixed it with the laid back vibe of Byron Bay, this is what you’d get. From the moment I arrived it was clear that the week I had here was never going to be long enough. The peninsular is home to more than 20 beautiful beaches, so whether you’re into surfing, diving, sunbaking, skinny-dipping, paddle-boarding, eating or sailing – there’s a beach for everyone. And don’t even get me started on the shopping. Búzios is a holiday town for Brazil’s rich and fabulous crowd, and a regular stop on the itinerary for luxury cruise liners. There were more bikini shops and designer boutiques than I knew what to do with, as well as vendors selling their clothes and jewellery down on the beach. Wandering along the cobblestoned streets, it is obvious just how strong Bardot’s influence was on the town. In her honor, the municipality of Búzios commissioned local artist Christina Motta to create a statue of her that sits on the Orla Bardot. Yes, that’s right even the oceanfront promenade is named after the actress, as is the local cinema. And keeping her promise, Bardot authorised Denis Albanèse to release around 400 photos documenting her stay in Brazil, placing Búzios firmly on the map for decades to come. 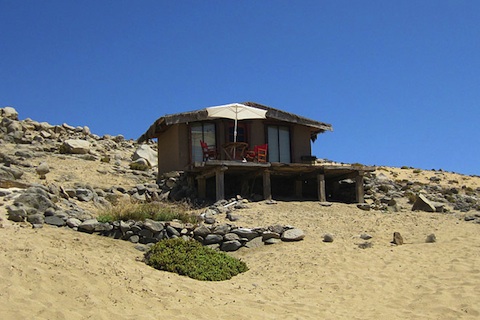