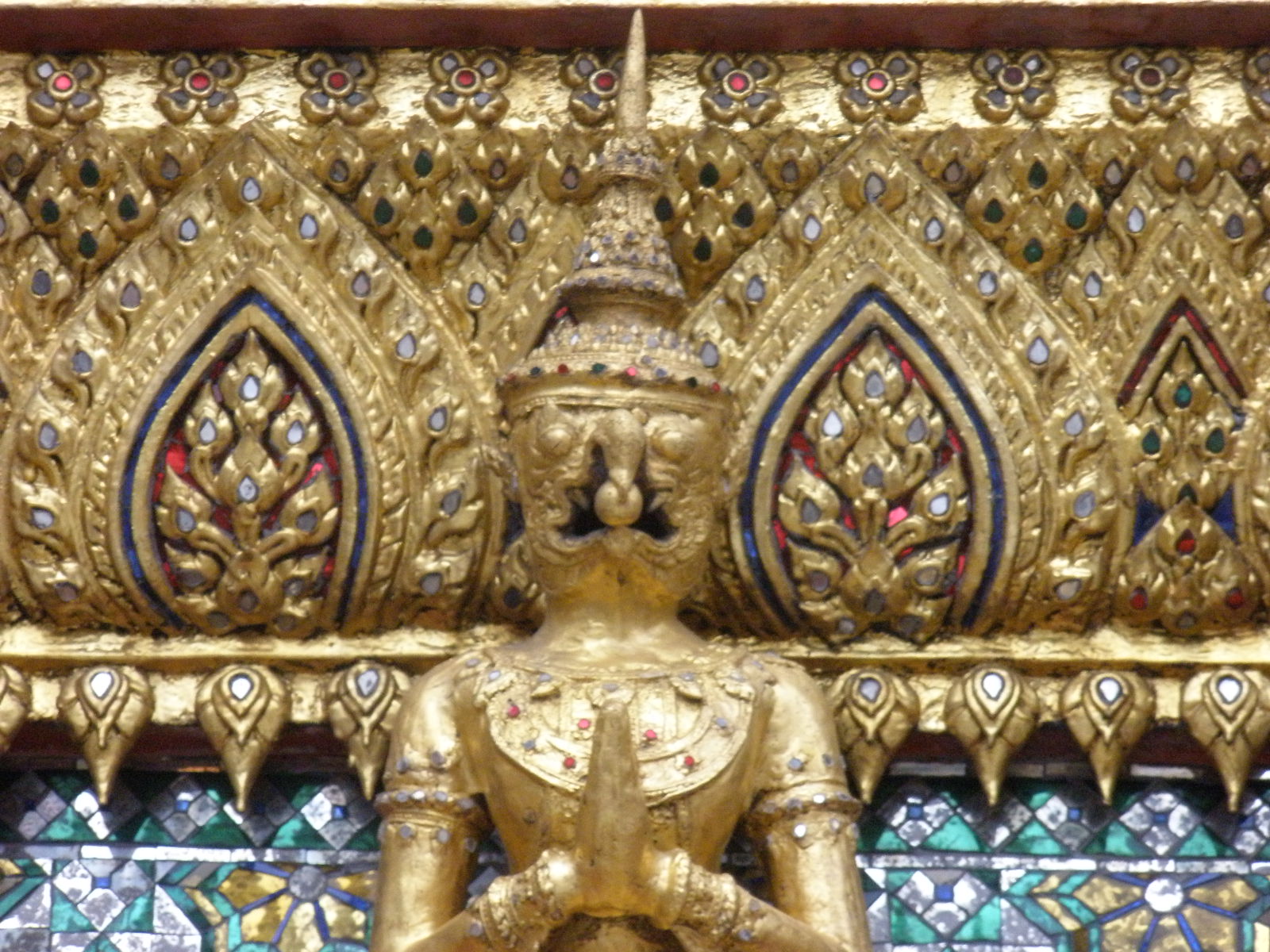 I have seen a few temples in my time. Big ones, crumbly ones and ones that house malicious monkeys that want to eat your brains. My favourite temple of them all, though, is Wat Phra Kaew aka The Temple of the Emerald Buddha or, if you want to get really technical, Wat Phra Si Rattana Satsadaram.

I would like to say it’s because of the profound spiritual affect it has on me but I would be lying. I am happily agnostic, despite having completed a Buddhist nunship and a Chinese Buddhist initiation. If I was going to subscribe to any faith, it would be Buddhism, such is the gentle, inclusive and non-judgemental nature of the belief system.

Nonetheless, the reason I like Wat Pra Keow so much is because the place is blingin’. Like a stoned teenager in a 7-Eleven, I cannot get enough of shiny things and this temple is like an ancient disco ball.

The whole complex covers an area of roughly 2kms and according to my friend Wikipedia, ‘has over 100 buildings with 200 years royal history and architectural experimentation linked to it. The architectural style is named as Rattanakosin style (old Bangkok style)’.

I have been to Wat Phra Kaew several times. The first time I visited, I was 17 and it was the first temple I had ever been to. Weirdly, I remember being a bit freaked out. To a kid from Tamworth who was overseas for the first time, I think my head was about to explode and visiting the sparkliest place in the world didn’t help.

Fast-forward a couple of months and shamwow! I really saw the temple on my next circuit. The intricate detail in the frescoes, the elaborate mosaics, the gnarly old Bodhi trees. I walked around gaping and snapping with my old Pentax for over two hours. This visit inspired months of painting and drawing, which I still have recorded in old journals.

13 years later and I can take it all in my stride. I still find the temple gobsmackingly beautiful, I still want to steal one of the little temples and put it in my backyard as a cubby house (OK, so maybe that’s sacrilegious but they’re very cute) and I still feel awed by the majesty of the place and yet, I feel comfortable here. I know the protocol for prayer and blessings. I am not worried about inadvertently offending people. I know I need to cover up.

I think it is a privilege to get to a point in a foreign culture where you finally feel like you understand and that is how I felt at Wat Phra Kaew this time. Third time lucky.