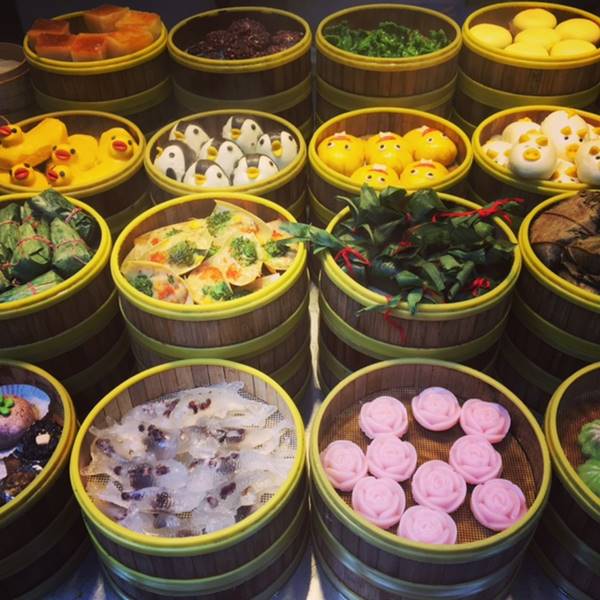 In fact, ‘Shanghai’ could’ve easily been any Chinatown in the world, according to my cinematically restricted fantasy.

For starters, big. Shanghai is home to 24 million people. The city is split into two sides: Pudong (the east bank) and Puxi (the west bank). This refers to the opposite sides of the HuangPu River, the wide, deep body of water that turned Shanghai into one of the world’s biggest shipping ports.

Shanghai’s neon highrise has gone bananas over the last 40 years. From the Le Royal Meridien Shanghai hotel where I stayed (the second tallest building in the city), you can look out at what was, just 40 years ago, the leader in this category. The quaint little brownstone is about 12 storeys high, dwarfed by the gleaming towers around it.

Shanghai is home to lots of heritage architecture in the form of  The Bund, the former Dutch concession, and the French concession. These areas add an incongruous splash of old world elegance to an otherwise screamingly new city; a metropolis that is also home to the world’s second tallest building, the Shanghai Tower.

My fellow travellers were immediately enamoured with Shanghai’s international party vibe. Out the front of our hotel, there was an Irish pub next door to a sex shop, and to the left, there was a well-lit arcade with hundreds of shops and restaurants geared towards tourist trade.

But for me? It was all too new and shiny. My favourite place was the Shanghai Museum which, as my old lady preferences would have it, was filled with marvelously old things including a skilfully formed ceramic dog from 600AD.

I also loved Yu Garden and Old Town, a 600-year old traditional compound. The storytelling that accompanies a stroll through the gardens sets your imagination on fire. There are corridors where foot-bound young brides would sneak a peek at their betrothed before the wedding ceremony, a reception hall where men would gather to discuss business, and an upstairs chamber where women were essentially forced to hide.

I also had a fun (if financially irresponsible time) at the knock-off markets located underneath the Science and Technology Museum. I made ‘friends’ with one seller who quickly introduced me to his ‘family’. Being dragged around by an over-enthusiastic vendor would ordinarily freak me right out, but it turned out to be an efficient use of time.

Getting there/staying there:
I flew to Shanghai with Air China on a domestic flight out of Beijing. It all ran smoothly but I would not recommend the food on the aircraft. Take your own snacks.

I stayed at the Le Royal Meridien Shanghai. This hotel is the place to stay in Shanghai due to its handy location within walking distance of The Bund. To kick things off? Head upstairs to HU Bar and Lounge for two very different experiences; one floor of the bar is styled old Shanghai and the other floor is pure night club party time.

Have you been to Shanghai? How did you find it?