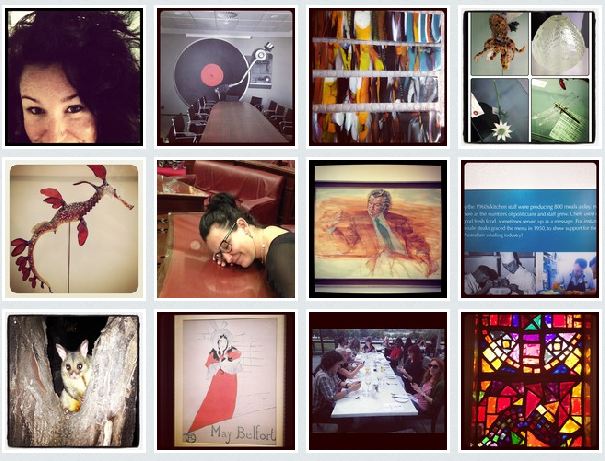 I just got back from a totally kick ass weekend in Canberra.

The Australian Capital Tourism board came up with this thing called The Human Brochure where they invited a bunch of social media influencers down for a weekend of non-stop good times in one of four streams; Family Fun, Food and Wine, Adventure or Arts and Culture.

The Literate Chicken and I were lucky enough to be with the arty group which meant we got to go to The War Memorial (*sniff*), behind-the-scenes at The National Library (musty smelling), have a fancy lunch at Book Plate Cafe overlooking Lake Burley-Griffin (super fance), check out the Toulouse Lautrec exhibition at The National Gallery (hello prostitutes!), have dinner at Lanterne Room, have a picnic and a tour at Old Parliament House (Mad Men meets West Wing), make a glass postcard at the Canberra Glassworks and then wander around The Old Bus Depot Markets where I ate a French chicken banguette with mayonnaise that changed my life.

We also stayed at the coolest hotel I have ever seen with my own eyes: The East Hotel.

Last year, I visited Canberra for Floriade which was the beginning of my fledgling love affair.

Now that we’ve been on a second date – me and Canberra, that is – I am starting to see the virtues of this weird little place that is neither sea nor snow; country or city.

Canberra turns 100 this year and I’ve got to say, for its age, it’s a real goer. I think we’ll be seeing each other again.