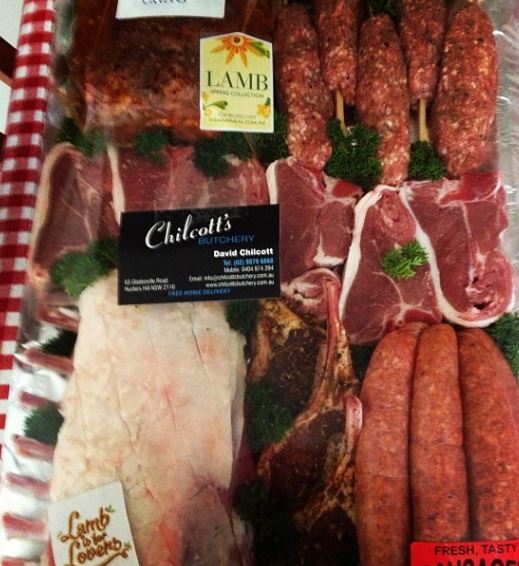 You think I’m joking but I’m not. Like I said before, I loves me a competition.

The Meat and Livestock Association (MLA) has launched its Lamb is for Lovers campaign. Here is the latest instalment that follows the travails of Don, the ‘Bachelor’.

The MLA sent me a meat tray to trial for the season finale of the Australian Bachelor (my flatmates and I had a viewing party). I made a lot of grumpy noises at the TV about all the fake eyelashes and fake tan and fake EVERYTHING but I secretly loved it.

I am not entirely convinced of the romantic powers of lamb but I can attest to the bonding power of lamb + trashy TV + wine. I highly recommend it.

If you would like to win a whopping lamb meat tray for either delivery or collection at your nearest butcher, simply tell me about your worst date dining experience. Did the guy use a ninja star to pick his teeth? Did the lady order a mountain of foie gras and Bollinger and then ‘forget’ her wallet? Tell mama all about it and your BBQ guests will thank you.