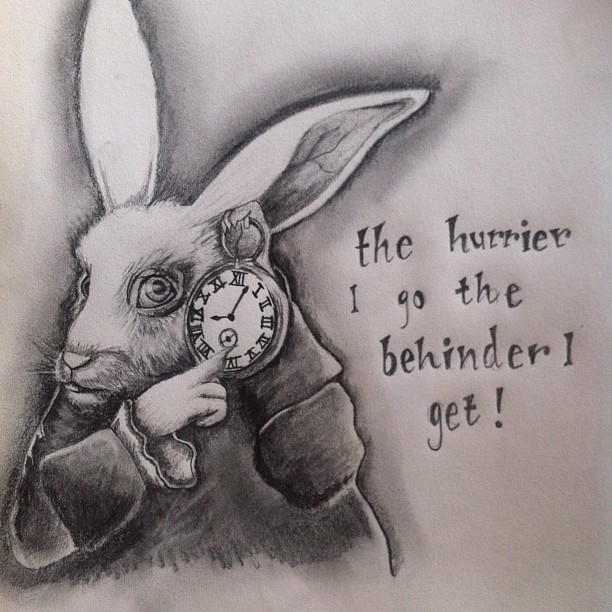 What should you do when you have a paid, sit-down function and someone brings an uninvited guest? Also, what should you do when you invite people to your house and you say 3pm and then everyone turns up one hour late because they were hanging out at the shopping centre or just generally mucking around (i.e. no legitimate reason) and don’t text to say they’re running late (and one even says ‘Oh I thought you meant 3.30pm!’ but still shows up at 4pm anyway). – Mad Hatter

I will first address the uninvited guest. When you’re in that situation, you have no choice but to let them stay. Despite your friend’s fiscal and social insensitivity, it would be even more awkward to kick this guest out. What is deeply troubling is that it could’ve been me (Was it me? That sounds like something I would do!). The problem is some people are idiots and assume that ‘party’ means ‘HEY EVERYONE’. It’s important that you make it very clear – in writing – that it’s invite-only, non-transferrable and that it will be a sit-down dinner; not a hootenanny with free flowin’ moonshine.

If you have done all of this and you still wind up with a stranger attacking the cheese platter, the best thing you can do is speak to your friend and explain the situation. Mention the cost per head and give them the option of paying for the extra person to make up for the gaffe.

The second issue is a common one and creates a clear delineation between punctual literalists, the socially anxious, the temporally challenged, and plain old rude bastards.

Literalists see 3pm and they show up at 3pm. In fact, they are probably waiting on the doorstep at 2.59pm looking at their watches.

The socially anxious are probably at a nearby pub pre-loading because the thought of arriving first and being stone cold sober in a social situation is enough to send them fleeing home. If by ‘shopping centre’, you meant ‘Dan Murphy’s’, that sounds about right.

The temporally challenged – ahhhhh – the optimists of the social world. They figure that if their bus arrives bang on time and subsequently bends the space/time continuum to arrive thrice as fast, they will be there at 3.15pm. This is never going to happen because these people are always late, no matter how hard they try. They arrive at 4.15pm, confused as to how this could’ve happened again.

Finally, the garden variety assh*le. They think you should be grateful that they showed up at all. They will show up empty handed, eat and drink everything, and then leave because they have somewhere more important to be.

Beyond vehemently communicating 3pm sharp (!) or telling the slackers that it starts at 2pm, I can only suggest that you factor this behaviour into your planning or avoid inviting the latecomers next time to avoid irritation.