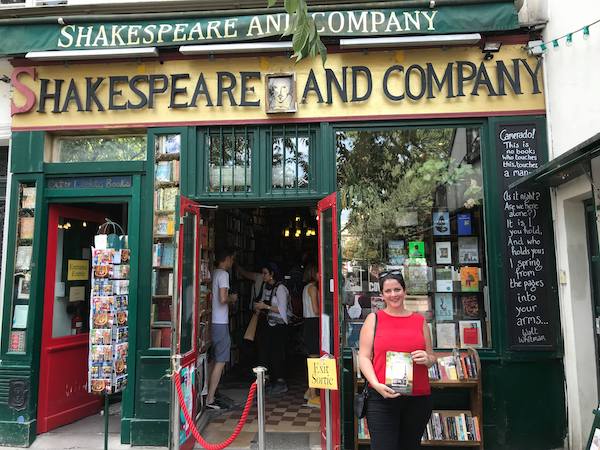 Favourite travel destinations and why?: Paris, France.  I feel like I’m dropping down a portal when I’m in Paris. It’s like that scene in Playing Beattie Bow where they’re skipping and suddenly it’s the turn of the century – I feel that whenever I walk down a laneway or a cobbled street in Paris. I also feel this sense of familiarity because of the people, the sense of history, art, beauty and aesthetics that we just don’t have in Australia. And, of course, I have a family tie there which I never knew of, before, which makes it feel even more like a second home.

Best sunrise/sunset?: You could take a little bottle of rosé from the Monoprix (I love Monoprix!) and sip it on a chair on the Pont Neuf bridge. It’s the oldest bridge in Paris and you can just watch the steamer boats go past. But any time of day in Paris – particularly in winter – has beautiful light.

Best museum or gallery?: I really love the sculpture garden at Musée Rodin because I can’t really handle crowds and all the intense security measures at the big museums like Le Louvre. And you can just take your time there, it doesn’t cost much, either, I think Tuesday is the day it costs the least (check first though).

What’s the best/worst meal you’ve had while travelling?: In Paris? So many! An amazing baguette at the Gare de Lyons which I ate on the train to Provence with the countryside whizzing around me.

There was a bistro in St Germain called Le Rousseau that I loved. It was our last night last year before a horrendous 24 hour trip back to Australia. We had escargots, wine, steak, salad and frites. You can’t really go wrong at the bistros – their most ‘basic’ level of service is like our version of fine dining.

I know this sounds strange, but what I loved more than anything was going to the Monoprix (French supermarket) and just looking at their basic sections like cheese and cured meats, etc. You can buy things like duck paté or saucisson for a couple of Euros and make a little platter each night.

One food/drink people should avoid at all costs?: Just don’t go to American chains like McDonalds or Starbucks while you’re in Paris. Why would you? Avoid the Champs Elysées – it’s become a bit like Las Vegas with only chain places.

Best/scariest/funniest drive?: Through the Crete des Maures in the south of France. There was only room for one car at a time but the French drive at a hurtling pace! It was a bit scary. I thought my last living view would be looking at the Mediterranean out to Corsica and then we’d die!

Best/weirdest/worst place you’ve stayed?: I actually stayed in a wonderful hotel in Saint Germain (AirBnb has gone downhill in Paris in the past few years) called Hotel De Sevres. The funny thing was, I booked the 100 Euro room (cheapest) and they upgraded us to the five star (900 Euro) suite for an entire week without telling us. I kept saying to my boyfriend, “Wow, this is so spacious for 100 Euros,” and then I finally twigged and asked the receptionist if we’d been upgraded, and she just shrugged and said, “Yes”. I still have no idea why they upgraded us but it was wonderful. We had a bathtub in our private ensuite bathroom and the whole hotel was just so nice. There’s also a 24 hour porter and he likes having a chat and a joke at 1am if you get home late.

Biggest ‘wow’ moment in your travelling life?: Probably just every time anyone is open and warm and inviting – which happened so much in France. Everyone talks about the French being like closed books, but I found them so warm and hospitable and accommodating, and they really care about the details. It’s like – they’ll either completely ignore you or, if they take the time to listen to what you’re asking, they’re completely invested. I had a woman chase me to see if I needed help with my map when I was looking for something in Paris!

Another time I had a drink in Le Marais and a couple at the bar next to me offered to be my translators if I needed help with a phone call I was making. There’s good people everywhere.

Number one travel tip?: Don’t move around too much. If you’re only going to Paris, for example, for a fortnight, stay in the one spot. That way you’re not wasting your precious travel time packing and unpacking and schlepping around from one hotel or AirBnb to another. Just set yourself up quickly and get into your holiday.

Next destination?: I hope to get to New York in October. 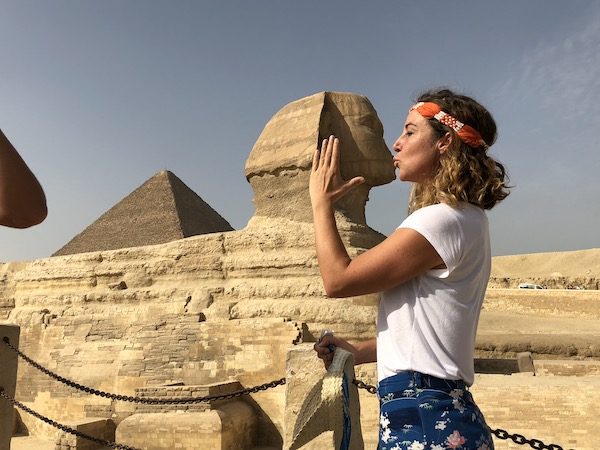