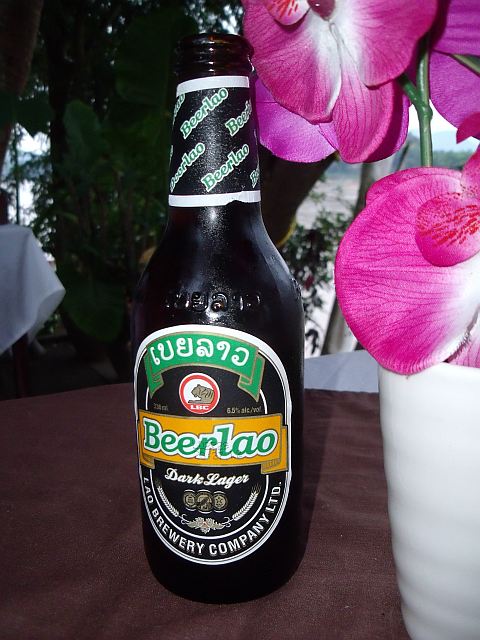 I have to say this – when we arrived in Vang Vieng, Laos, after a five hour drive from Luang Prabang, I was completely underwhelmed. Luang Prabang, in Northern Laos was a divine little enclave of easy pace, cliffside temples, and handcrafted silver in picturesque night-markets. Conversely, arriving in Vang Vieng in the early afternoon, it looked like an international advertisement for the Betty Ford Clinic. It was the aftermath of Schoolies, but with an older and more international crowd. Our whole trip had really revolved around this activity – meeting in Vang Vieng to float down the Mekong River on inner tubes while drinking local rum. When I saw the town in daylight all I could think was, ‘I’m too grownup for this sh*t!’

The next morning, we were all skeptical about our desire to fit into the tubing scene after witnessing the hungover devastation on the streets the daybefore. We decided to pass the morning by hiring scooters and checking out the rest of Vang Vieng. Turning onto the Namsong Bridge (a rickety wooden overpass that accepted all kinds of traffic it shouldn’t be able to support) we emerged on the other side of the Mekong, into the most delightful scene of Laotian farmland. Vang Vieng is situated at the foot of an awe-inspiring cascade of limestone cliffs that provided our backdrop. Following a dusty trail, our little convoy of scooters reached a small hut with a smiling man inside. He asked us for some money to see ‘The Blue Lagoon’. I’m not a Brooke Shields fan but we agreed that she probably wouldn’t be there and paid. On the other side of the hut was the most idyllic scene – an aqua-marine swimming hole surrounded with drooping, lush trees and a series of rope swings tied to overhanging branches. Every part of the 10-year-old inside me surged as we swung ourselves into the azure water. No one else was there. It seemed that we’d discovered this little oasis and we remained undisturbed. I scoffed silently at the fools wasting their time on inner tubes.

When we dried off, I faced the fact that we’d soon be tubing and I’d have to bite my tongue and deal with the vulgar immaturity of it all.

We arrived at the beginning of the river trail, tubes under our arms, and something like fear on our faces. Greeted by a man with an accent that defied location, he explained the path down the river, where the 15 bars were along the route, and how the bar staff would throw ropes out to us and drag us in to drink on their wooden platforms. “Oh,” he added, “Keep the look out for the throwing of ropes – many people hit head if they not look”. I rolled my eyes and thought of OH&S as he thrust a rum bottle into my mouth and poured; “For luck!” he exclaimed.

As we ascended the steps to the first bar, even before our tubes had seen water, the smug, know-all, judgement was wiped from my face. It’s hard to describe what happened next, or indeed how the next seven hours passed as we floated and drank, floated and drank … But I’ll tell you this – not only did I feel 16 years of age, two of my 40-something companions felt 16 years of age, and there was a macaque monkey at one of the bars that looked like it was 16 years of age. It was a reverie of fabulous childishness. As we proceeded down the Mekong, flying-foxes turned into mud slides turned into massive rope swings. Bloc Party, mixed with Led Zeppelin, mixed with The Beatles, mixed with Nirvana. Rum concoctions mixed with local beers, mixed with mushroom slop, mixed with scorpion whiskey. The swell of the Mekong mixed us into a frenzy with 50 of our new best friends, and it was one of the best days of my entire life. The following day, I provided a disheveled and sickly addition to the scenery and I felt justice had been served, in my perfectly immature style. Proof, yet again, that I’m far from grownup. Thankfully.