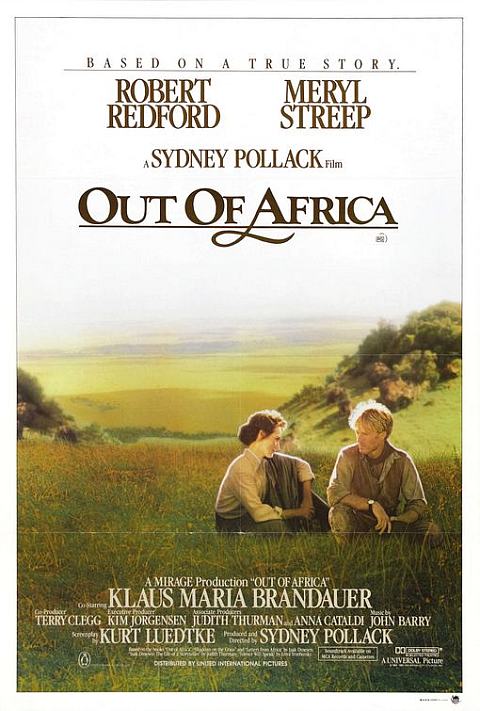 Travel movies represent the blessed union of two of my favourite things in the world; travel and movies. How many times have I watched a film only to spend immeasurable amounts of time fantasising about the place it was set?

Here are the Top 10 movies that have made me want to go there:

1. Out of Africa – Ever since I saw this, I have wanted to go camping on the African plains (I am going this Christmas!).

2. The Boys are Back in Town – It could have something to do with Clive Owen (admittedly, I would follow him anywhere) but this film made me want to run away to the Fleurieu Peninsula in South Australia.

5. Volver – I am planning to go to Spain next year, largely because I imagine that I will suddenly turn into Penelope Cruz when I get there and develop the courage to lisp correctly when I say’ Barcelona’ and ‘Gracias’.

7. Blue Hawaii – I haven’t entirely given up on the concept of a bridal raft, hula flower girls and toasting with Tiki Mugs. I just have to convince my fiance.

8. Amelie – I will never stop hoping that someone will make an ‘Ou et quand?’ poster for me in Paris.

9. Northern Exposure – OK, so it’s not a movie and Sicily, Alaska is not a real town but I still want to go there and witness the Aurora Borealis, dream everyone else’s dreams and have a pregnant Shelley bring me a beer.

10. Mama Mia – Greek Island paradise combined with an Abba musical. Does life get any better than this? I just wonder how many people go there with white jumpsuits stashed in their luggage because of this film.

What movies have inspired you to go somewhere? Alternatively, has a film ever scared you off a place?