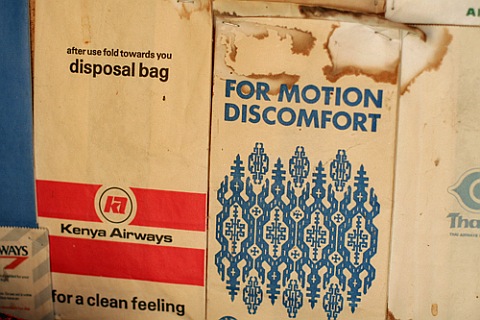 Overseas sick: Why is it always so spectacular? The downside of travelling to exotic places is that sometimes you end up getting sick. This seems fair enough – you are out of your immune comfort zone – but my question is why is it never just a bit sick?

If you’re the kind of person who gets the occasional sniffle when you’re at home, why is it that when you arrive in Europe, you get pneumonia? And why is it that you only seem to get these kinds of illnesses after you have spent thousands of dollars and weeks of annual leave  only to wind up on a drip, praying to God that your travel insurance will pay up.

I have heard some truly horrifying accounts of illness abroad. Some friends of mine went on a honeymoon to India and spent a harrowing 24 hours on a train suffering from unstoppable diarrhoea. The time eventually came when they had to start ripping out pages of their Lonely Planet (featuring the places they weren’t going to visit) to use as loo paper. This was their penance for eating a mandarin that had a tiny hole in the skin.

The Future Husband, usually a cautious man who double checks locks twice, found himself belly down on a live coral reef after almost drowning in an atoll off the coast of Vanuatu. He recounts with some dramatic relish the agony of having bleach poured over his open wounds to kill the bacteria.

I have heard tales of collapsed kidneys in Cape Town, parasitic livers in Timbuktu, bacterial brains in Bolivia, seafood-induced spew in Nha Trang; it’s like an encyclopaedia of woe.

My own worst experience was when I lived in Thailand. You know how some bathrooms have a gap between the wall and the ceiling so that if you’re standing in the bedroom you can hear everything? I was sharing one of these very rooms with a bunch of exchange students, including Steve, the funny Canadian who I had a huge crush on, when disaster struck –  72 hours of constant vomiting and diarrhoea, often at the same time. That’s a puzzle you don’t want to have to solve – which end to put where – when there’s a love interest within earshot.

So tell me, fellow travel sickness survivors, what happened to you? Did you paint the town brown in Brussels? Shiver yourself incoherent in Lapland? Lose a limb in Laos?

9 comments on “Overseas sick: Why is it always so spectacular?”