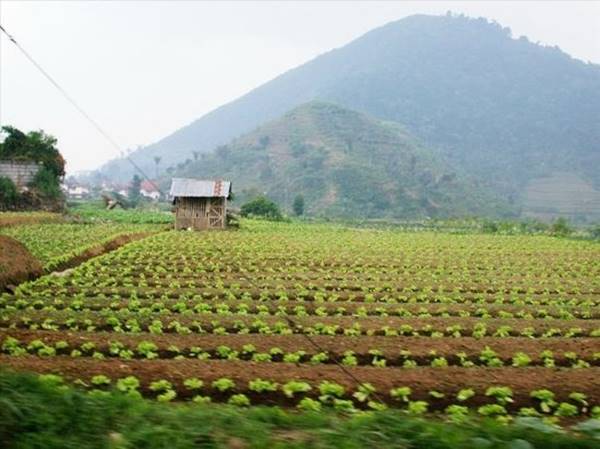 How well do you think you know Indonesia? Have you ever heard of Bogor?

Did you know that Indonesia has the most active volcanoes of any nation in the world?

And what about geography? Can you point out Jakarta on a map?

Most Australians have heard of Bali and some will have even been to Bandung,  but I guarantee only about three people will be familiar with Bogor.

Intrepid Aussies are always on the hunt for the next big thing: a place that none of their friends has been to and that still holds an Indiana Jones-like appeal.

Bogor is a historically significant city in the hills about 60kms south of Jakarta. Settled for the first time in the 5th Century, it was the capital of the Sunda Kingdom until it was destroyed by an invading army from the exotically named Sultanate of Banden.

This ruined hill station was largely ignored for the centuries that followed until the Dutch East India company moved back in and renamed it Buitenzorg (meaning ‘without a care’).

And without a care it is. This charming, romantic city has become a popular honeymoon spot for locals and a rare treat for international visitors who venture there in search of the presidential palace and botanic gardens. The gardens were constructed in 1819 and are one of the oldest and largest in the world. This fact alone attracts enthusiastic gardeners from around the world – a phenomenon only shared with Indonesia’s South-East Asian neighbour, Malaysian Borneo, on the back of it being home to the world’s largest flower and widest range of endemic orchids.

But what else is there to do there? How about a visit to the fifteen Prasasti (stone tablets engraved with an account of the region’s history, written in Sanskrit) that are housed in a special pavilion in the district of Batutuli? The prasasti found in and around Bogor differ in shape and text style from other Indonesian prasasti and are among the main attractions of the city.

When staying in Bogor,  there are a lot of accommodation options but many are geared towards the local market, meaning there are smoking rooms, the menus are largely halal and geared towards local fare such as Pisang Goreng Sambal Roa (fried bananas with chilli), or Kerak Telor (spicy omelette).

For visitors who want the comforts of an international standard hotel, the property that comes highly recommended is the resort-style Royal Tulip Gunung Geulis, bookable from Traveloka‘s inventory of local hotels.

The Royal Tulip has a wine bar and restaurant, as well as spa and pool complex to help guests relax after a big day of exploring.

Dubbed the ‘Rain City’ because of it’s almost daily precipitation, Bogor has long been a place for frazzled city dwellers to escape from the humidity and heat of the lowlands.

If the sun and beaches of Bali have lost their appeal, maybe it’s time to venture further and check out an entirely different part of Indonesia.