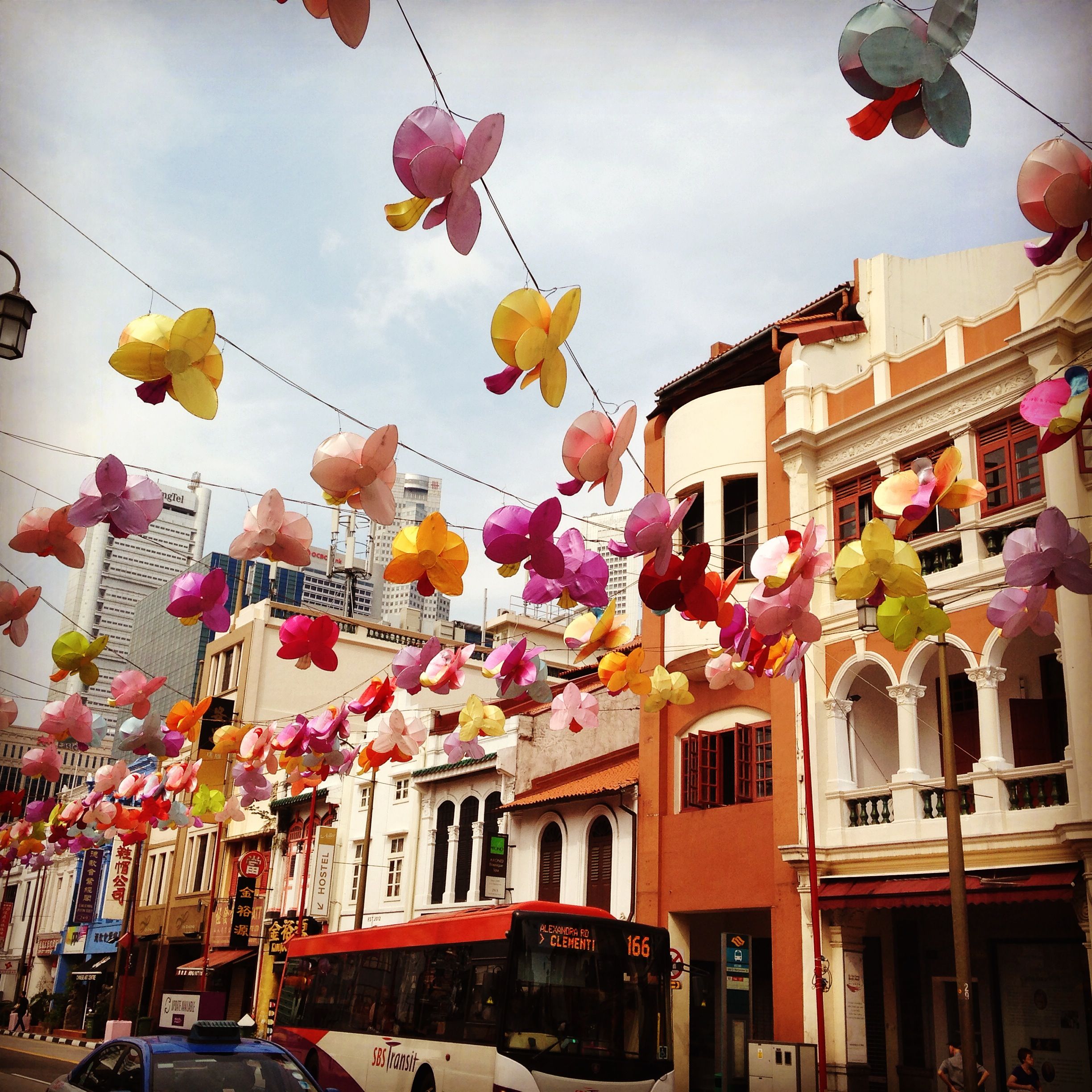 It’s Autumn and Singaporeans are psyched about the mild weather.

If it wasn’t so illegal here, I would assume they were on crack. It’s definitely, definitely hot. I feel as though I am being braised in sweat, satay smoke and chilli (known endearingly as  ‘la la’).

Step inside any of the futuristic buildings – some of which are notably designed by English architect Zaha Hadid – and you’re instantly transported into a world of chilled commerce.

And herein lies the paradox. Freezing on the inside and sweating on the outside, Singapore has a realness that laps at the edges of the glitz; a tropical delirium that threatens to intoxicate with it’s bold flavours and gritty industry just over the horizon.

Landed like a spaceship on the edge of the river is the Marina Bay Sands complex which comes complete with ice rink, casino and shops selling every kind of expensive watch and handbag known to humanity. The world’s best chefs – from Wolfgang Puck to Tetsuya Wakuda and David Thompson – have restaurants in this rarefied shopping centre and Chinese casino guests trot around toting bags upon bags of new, new, new.

New. This seems to be the mantra for a city that is only 49 years clear of Malaysian rule. Most of this thriving commercial centre was built in the past five decades and it shows in the psychology of the people.

Fortunately, there are enclaves that have survived the wrecking ball. Club Street, named thus because it’s where officers gathered during British rule, is a motley (if immaculately restored) collection of Chinese shophouses that have been turned into bars for the well-heeled. Which brings me to the prices. I bought three drinks (two cocktails and a glass of wine for SG$67. I’m no scrooge but youch; that ain’t cheap).

Elsewhere in the city, the prices more than make up for it. In Chinatown, a fresh coconut with cost you SG$1.50 and in Little India, a dhosa with curries, chutney and coconut will cost you a few bucks.

I still have another day to explore this heaving metropolis adorned with orchids so I will sign off for now. Top five Singapore coming soon …