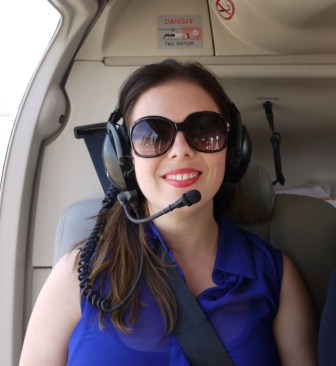 Favourite travel destination?: Hawaii. It might not seem like the most exciting or adventurous place to go, but there is something unmistakable about the sense of calm that washes over me every time I get off the plane in Honolulu. It feels like home.

Best meal you’ve ever had while travelling?: Pork buns at Momofuku Noodle Bar in New York. The plum sauce was orgasmic. I also had slow roasted lamb served with rice and greek yoghurt in that same meal, and it was like nothing I had ever tasted – a korean twist on a traditional greek dish. Sublime.

Best kiss?: I don’t know if this counts as travel or not, but since it was a hotel I’m going to claim it anyway. I recently got married and we stayed at the amazing Shangri-La in Sydney. If you ever get the chance to stay here, jump on it with all your might. The hotel is phenomenal. We were on the 28th floor overlooking the Harbour Bridge, Opera House, and out through the headlands. After the wedding we arrived back at the hotel, cracked open one of the bottles of bubbly, and just sat in the window in our fancy duds. After the craziness of the day it was a moment of peace and quiet with my new husband – just the two of us. We shared a fairly spectacular kiss (and then a few more after that).

Best/scariest/funniest drive?: Oh my gosh, driving up Highway 1 from LA to Carmel. Just thinking about it gives me chills. The drive was really beautiful until suddenly it was pitch black and we had to navigate the hairpin turns by watching the GPS. Not that this is a reflection on my husband’s driving, but I have never been so scared in my life. I cried. A lot. Second to this was taking a taxi from the airport to the hotel in Hong Kong about 13 years ago. No seatbelts, no speed limit (or if there was, no one took any notice), and wet roads. I think I cried then too.

Where is the best/weirdest/worst place you’ve ever stayed?: I have stayed in some real doozys over the years! One of the weirdest places was The Pod Hotel in New York – the room was literally a pod, and the toilet was less than 2 metres from the bed. Nothing says intimate like … well, you get the idea. When we went to Disneyland a few years back, we stayed at Howard Johnson’s in Anaheim. There wasn’t anything wrong with the room, but both mine and my husband’s hair started to clump and fall out while we were staying there. So crazy! Must have been something up with the water. Also, the toilet was straight out of a horror movie – it made this really loud growling noise when you flushed it, and it had enough suction to rip an arm off. Honorable mention goes to the Disneyland hotels’ bus driver who got us safely from the airport to HoJos, but we’re fairly certain he was drunk. It might have been running up the driveway and knocking over a pot plant that gave it away. Or maybe it was the unmistakable eau de bourbon.

What has been the big ‘wow’ moment of your travelling life?: It was a pretty wow experience when we went up Mauna Kea on the big island of Hawaii to go stargazing. The summit of Mauna Kea is an alpine climate and gets snow for half of the year (in tropical Hawaii!), and it’s the highest point in the United States. Actually, Mauna Kea is technically taller than Mount Everest, but most of the mountain base is below sea level. The summit is one of the best spots in the world for astronomical observation because you can see the northern and most of the southern sky. We went up to the summit to watch the sun sink into the clouds at dusk, and then came back down to the halfway point to do some stargazing. One of those surreal nights when you realise how small you are, and just how magical the universe is.

What is your number one travel tip?: Anti-friction balm for your feet. Deodorant or Vaseline also works well if you can’t specifically find foot balm. Basically, you just need something to protect your feet while you walk all day. Nothing ruins a holiday like getting blisters.