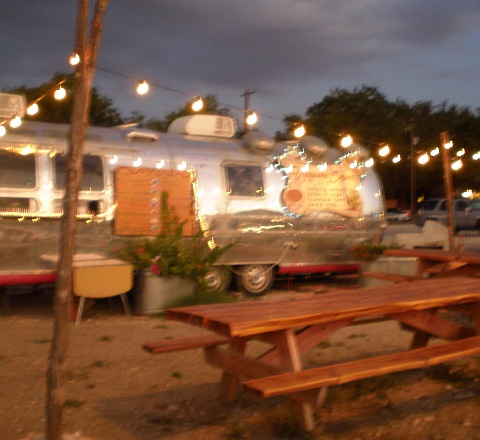 OK, so I have only been to two cities in America and one of them was LA, as in LAX airport, but I am no stranger to hyperbole. In August this year, my fiancé Stevie and I won a trip to the US to meet Quentin Tarantino and attend a premiere of his latest film, Inglourious Basterds. As it turned out, we didn’t much like Tarantino but we fell head over heels in love with Texas.

Now, I would go anywhere, anytime, especially if it’s free, so winning a trip to a city I’d never even heard of sounded like the best thing ever. And it was. Austin is like the sexy love child of Tamworth and Byron Bay, with a little bit of Canberra thrown in for good measure.

Austin is home to South-by-Southwest, one of America’s biggest film, music and ‘interactive’ festivals so it’s from this creative wellspring that the town gets its indie vibe.

I will go into more detail about this down the track but just to get started, here’s what I loved about Austin:

Have you ever been to Austin? What did you think?

4 comments on “Austin, Texas: The coolest city in America”