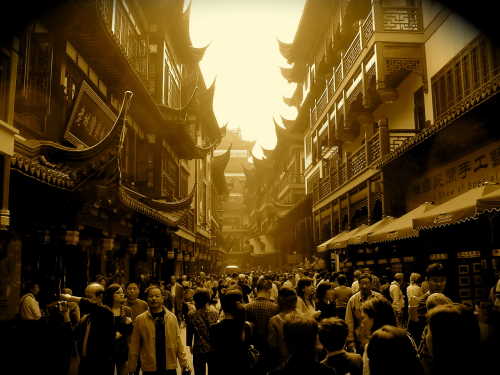 Shanghai is one of the world’s busiest cities with something to do around the clock. Whether you’re into partying, midnight snacking or cultural events, Shanghai has something for you.

Here’s an insider’s tip: when planning a trip to the city, find Shanghai hotels that are near the attractions you would like to visit to make night-time excursions easier. Taxis and other transportation are available at all times, but it will be more convenient if you can walk.

Read on for what to do in Shanghai after dark:

Take photos: There’s too much light pollution for stargazing in Shanghai but that makes it better for night-time photography. The city’s brightly lit public areas, interesting shoppers’ alleys, and spot-lit architecture and monuments make night-time shots of Shanghai a worthy addition to your photo albums. The juxtaposition of colourful traditional lanterns and elements from modern life serve as a great symbol for Shanghai’s progress and diversity.

Go clubbing: As one of the most popular cities in Asia, Shanghai’s club scene is fresh, lively and compelling. The hottest clubs in Shanghai change with the whim of the clubbers. Visitors to the city will do well to seek out locations on the Bund and go from there. Alternatively, Xintiandi area and Maoming Nan Road are always a good bet.

Stroll on the Bund: Shanghai is all Chinese now, but in the 1800s foreign powers owned concessions in the city. The waterfront area of the Shanghai International Settlement became known as ‘the Bund’ after the levees along the Tigris River in Baghdad where some of the settlers came from. In the one-mile stretch between Yan’an Road and Waibaidu Bridge, foreign business people built huge banks, embassies and other functional buildings in the architectural styles of their homelands. What resulted is 52 buildings of varying styles including art deco, Baroque and Renaissance revival. When the foreigners exited, due to World War II and the civil war in China, the buildings were repurposed for a variety of uses.

Visiting the Bund at night affords a unique opportunity to contemplate the individual styles of the buildings and contrast them with the modern skyscrapers that otherwise dominate the Shanghai skyline.

Watch the light show from the water: As in other Asian cities, Shanghai lights up its best buildings at night in a rainbow of colours and patterns. Some of the buildings’ lights change or pulse as you watch. These can be seen anywhere in the city centre between 7 – 10 pm and are best viewed from the river. A Huangpu River dinner cruise affords breathtaking views of the city’s modern progress. While summer viewing of the lights is usually possible without a jacket, take a windcheater if you’re on the boat in the spring, autumn or winter. It can get chilly.

Pamper yourself: While Shanghai massage techniques don’t have the same fame as Balinese, Thai or Swedish massage, you can still get a tension-reducing treatment at one of the city’s massage houses or spas, all open late into the night. The best massages in China are often done by blind men and women who have been trained in special schools. These massages are often considered ‘medical’ and can be surprisingly deep-tissue. Massage parlours specialising in foot treatments are also popular, and a welcome and soothing respite after a long evening of strolling the Bund and taking photos.

Entertain yourself: As in any modern city, Shanghai has its share of cinemas. But for more traditional entertainment, consider an acrobatics show. These ‘circus’ shows are located at Shanghai Circus World, at the Shanghai Centre Theatre and elsewhere. Many performances involve silk acrobatics and pole routines or are combined into variety shows with kung fu and opera demonstrations.

Eat and shop: Nowhere in the world are night-time eating and shopping expeditions better than in China. And in China, Shanghai is at the top in this regard. After dark, Shanghai residents in the know flock to the Xintiandi–area night market and the Yunnan Nan Lu Snack Food Street. Wujiang Food Street is considered touristy by some and delicious by others.

Kelly Thomas lived in Shanghai for two years when she was working for an import-export company. Now, she’s retired and living in the Christchurch area. When she travels, she always books flights and hotels on Expedia.