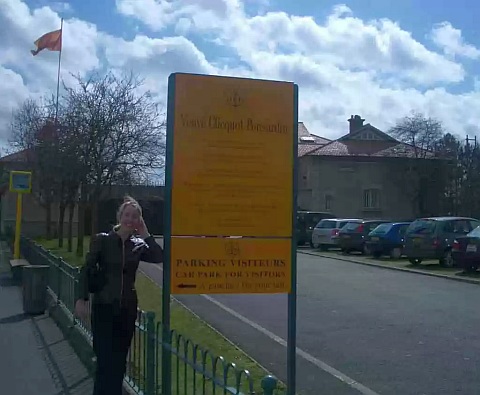 Favourite travel destination?: These days it’s any location that’s warm and has a pool or beach so my kids can stay happy. In my old single life, it was New York. Walking around anywhere in that city was like a sensory overload of experiences, history, shops, and I felt like I was in the centre of the universe.

Worst travel experience? What happened?: After spending a budget night in a mosquito infested pensione on the Croatian island of Hvar in high summer, we couldn’t wait to get out of there! Four Aussie travellers planned on taking the five hour bus journey to the other side of the island to catch the one-per-day ferry back to the mainland. About four hours and 55 minutes into the bus journey, I realised that we had left our passports with the Pensione – as her security that we wouldn’t run off without paying. So we had to get back on the bus immediately and endure another five hour trip back to the pensione, stay another night in that horrid house of hers, then do the same bus trip all over again the following day, followed by the ferry. On such a short visit to Croatia, two precious days were wasted!

Best tips for beating jetlag?: A swim in the ocean (also cures a hangover). If this isn’t possible, then toothpicks in the eyes until 7pm that night when only luscious lengthy sleep will do.

What is the one thing you don’t leave home without?: A camera.

Do you stay in touch with people while you’re travelling? If so, what is the best way to do this?: My mother still frets if I don’t call her when we arrive somewhere on holidays to let her know that we’re there safely.  It’s easy with mobiles these days, but in the old days, ie: 1990’s the best way was a postcard, which I still love to send. Nowadays, thanks to Facebook and email, friends and family know what I’ve been doing overseas as soon as I’ve done it, which reduces the mystery somewhat.

Best meal you’ve ever had while travelling?: It’s a toss up between two very different experiences.

Best kiss?: Does this have to be travel related? Well if travelling to Balmoral Beach, Sydney, counts, my best kiss was after  midnight after a great party that took place at the Bather’s Pavilion.

Best/scariest/funniest drive?: My stupid ex-boyfriend driving at 100km an hour on a highway in America while it was snowing, without wheel chains on.

What has been the big WOW moment of your travelling life? What has taken your breath away?: Before it became REALLY un-pc to climb Uluru I was reluctantly taken on a road trip from a friends’ place in Alice Springs, to see the majestic rock. It was 1998 and although I was interested in seeing The Rock I didn’t expect to be totally breathtaken by the experience. The climb up was steep and difficult. In some places I was on hands and knees trying not to slide off,  and it took two hours to reach the top. The top of the rock is flat for a hundred metres and crevicey, with little moon-like craters everywhere. But just looking out into nothingness all around was incredible. We were all silent and looked out at 360 degrees of flat land. As far as the eye could see was a mix of red, green and brown. The odd building, no hills, the devils marbles, tiny scratches in the horizon that were roads going to far far away towns.  Since then, you’re not allowed to climb Uluru because the local aboriginal community feel that tourists climbing Uluru is disrespectful. However the experience of climbing it and seeing the view from the top made me respect the land we live in even more. A week later I moved to London to live for two years and I really cherished this memory of Australia while I was away.

What is your number one travel tip?: Visit the toilet before getting on a plane. If that isn’t possible, wear shoes to the plane’s restroom. Bare feet and bad aim are an unpleasant combination.