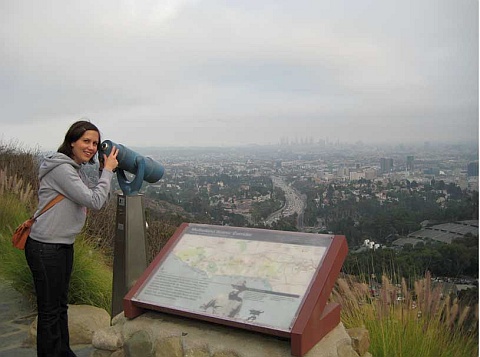 Favourite travel destination?: Nepal. It changed my view of the world and I absolutely lived in the moment for every second I was there. Nepal is the seventh poorest country in the world and some parts make you feel as though you are in another century, but the Nepalese are such a happy, stylish, inventive, humble and cheeky nation. It made me understand how far removed the western world is from what truly matters.

Worst travel experience? What happened?: Spending four hours in the dark in sub zero temperatures – on three hours sleep – searching for Kiwi in a park in Wellington, New Zealand. We didn’t get to see any – and I nearly lost my shit when our guide asked if we wanted to switch to tree grub sightings instead.

Best tips for beating jetlag?: Don’t eat too much on the plane and ask your doctor nicely for some low dose Valium.

What is the one thing you don’t leave home without?: My diary. Essential for recalling the details of a trip, especially if I’m called on to write about it a year later.

Do you stay in touch with people while you’re travelling?: Yes – if I travel for work I often go alone, so I’ll text the one I love daily, but email close family and friends with hilarious weekly updates.

Best meal you’ve ever had while travelling?: I’m not sure there is any better aroma or any first bite more heavy with anticipation than my first taste of freshly made pizza in Rome. Dio mio!

From LA to Palm Springs, through San Diego. Red Hot Chili Peppers Californication was pumping on the stereo, I was with four girls and we were hideously hungover and possibly still drunk but watching the scenery change from concrete LA to a backdrop of Californian ocean and surfing, then again into Mexican influence was so magical.

What has been the big WOW moment of your travelling life?: Flying in a tiny plane over Mount Everest in Nepal. I didn’t realise you could do that and as there’s little chance I’m going to get there on foot, it was just a little bit incredible to check out the highest point on Earth with my very own eyes.