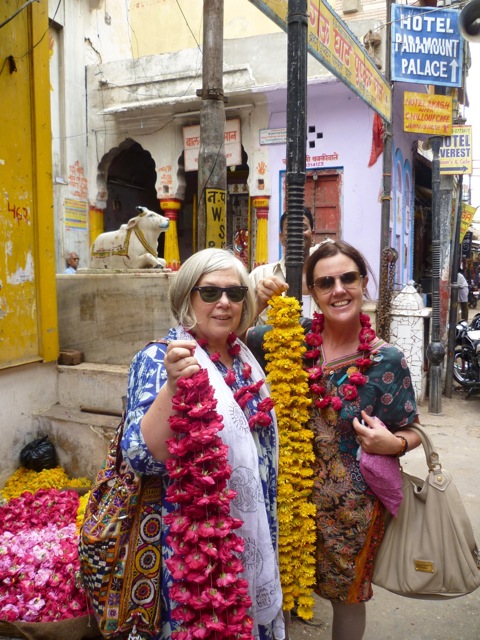 Favourite Destination:  India – I’ve been travelling there on a regular basis for 10 years.

I go three times a year to oversee the manufacturing of my clothing ranges, and on each trip I make sure I also get to spend an extra week or so exploring somewhere new. On my last trip I went to Kashmir which was amazing.

Best Meal: A restaurant in Delhi in Cannought Place, called the Coffee House with just the best curries ever. It’s an institution and has been there for over 30 years.

Best Kiss: Every kiss from the people you love is special, so really couldn’t pick a best!

I’d taken a girlfriend to India for the first time, and we went to stay at the Glass House on the Ganges near Rishikesh and got picked up from the train by a young cab driver- he said he wasn’t feeling well so his Uncle would drive us. His Uncle had the thickest glasses I’d ever seen, and drove like he could barely see. We were zipping around hair pin bends with enormous drops on each side, and were terrified.  I kept on telling him to slow down in Hindi, but found out later, I was actually telling him to go faster.  Needless to say we arrived in one piece, but took a few days to recover. And unfortunately the place is dry, so there was no alcohol to soothe us afterwards…

On my last trip some friends and I went to Pushkar where I usually have regular drivers, however it was Independence day, so we had a relief driver, who I think was actually born with a horn in his hand. Even worse than that, he’d obviously decided to see if he could fit between two trucks every time he would see two in front of us, and at one point was actually driving up the wrong side of the highway. Once again, we arrived safely but all our knuckles where white. Thank goodness for bottle of wine we had squirreled away in our suitcase, which helped.

Weirdest place I have ever stayed: I was in East Africa on a camping tour to see Gorillas, when one night on the border of Kenya our truck completely broke down.  We couldn’t put up our tents as it wasn’t safe, so our guide visited a nearby Masai village, who then hosted us for the night in one of their mud houses which we shared with a myriad of animals- it was pretty amazing.

Big Wow Moment:  In 1989 and I was with one of my sons who was 16 at the time, travelling down the Irrawaddy River in Burma. Arriving at Pagan was incredible. We climbed the largest stupa and watched the sun go down over the river, where for as far as the eye could see, there were literally hundreds of stupas. At that stage, tourists hadn’t really started going to Burma as yet, and it was almost totally untouched.

For my son and I, this was the first journey of many together, where I think on each, we were always hoping to have ‘the feeling’ we experienced here, just one more time.

Number 1 tip: Be adventurous. The hardest places to get to are always the most rewarding. And never forget your moisturiser!